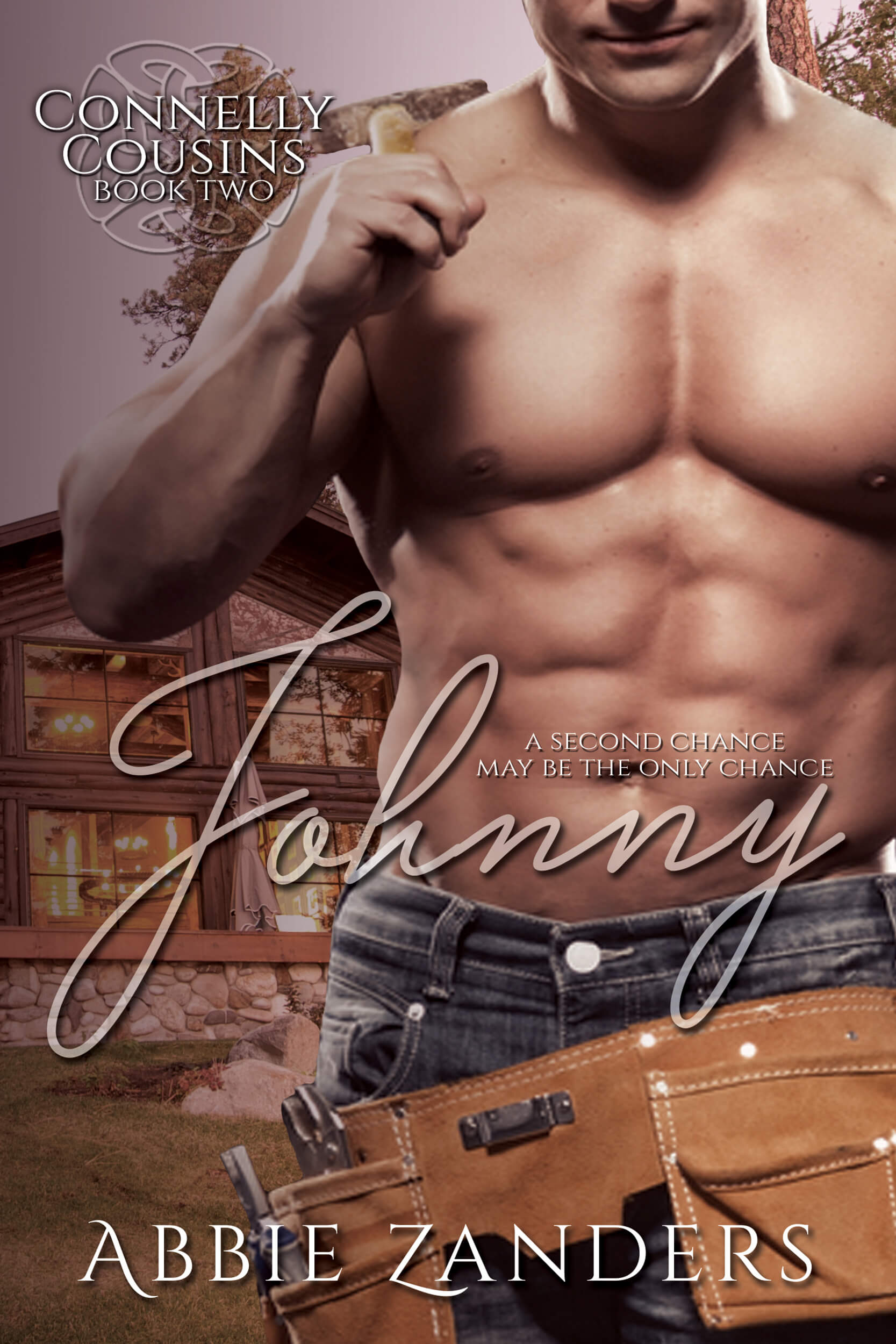 Carpe Diem is more than just a catchy phrase to Stacey Mallory. At least it was, until the near-fatal accident that took the use of her legs and changed her life forever.

Stacey would do anything to dive once again into cool blue waters from a towering cliff, or feel the wind in her face as she opens up the throttle of her sleek, sporty motorcycle.

To dance under the moonlight in the arms of a strong, sexy man.

Johnny Connelly is loving life. His construction business is booming, he’s surrounded by family and friends, and there’s plenty of women willing to keep him company.

When his sister’s college roommate comes to town for a visit, Johnny thinks he may have found that answer. Stacey is smart, sassy, and sexy as hell. She manages to do what no other woman has – she not only lights a fire in his blood, but she touches his ragged soul in the process.

Johnny knows he can reawaken Stacey’s passion, but is it enough to make her realize what’s really important?

“I love this story about love triumphing over anything life throws at them. Stacey was a strong woman in spite of her disability. Johnny proves love conquers all.” ~ Amazon Reviewer Deela

“Beautiful, sweet and hot what a great combination, and the result is an excellent book.” ~ Amazon Reviewer I.M.

Stacey’s eyes popped open. She’d been dozing on and off to the soft rock station, her body relaxed, her mind subconsciously turning the lyrics of each song into a story. At some point, the easy love ballads had switched to pounding bass and screaming guitars.

Why had the music changed? And when?

Now alert, Stacey strained her ears to hear over the music. It was faint, but it definitely sounded as if someone was moving around out there. Her heart began to pound, brutally aware that she was buck naked and immersed in a hot tub – not exactly the best position to be in for receiving unexpected company.

Unexpected was the operative word. Her imagination began to run wild as she lifted herself to the edge of the tub. What if it wasn’t company? What if someone had broken in?

Stacey turned off the jets and listened intently. The clink of a bottle, the clank of a dish. Someone was in the kitchen, but not trashing the place. Her worries eased down just a notch. It was probably just Lina coming to check on her, she thought, reaching for the towel hanging from the arm of her wheelchair. Besides, an intruder would never have made it past the state of the art security system Lina had shown her…

Oh, crap. She had remembered to activate that after Lina and Kyle had left, hadn’t she? She’d thought about it, but she couldn’t remember actually doing so. She’d been so eager to start working on the opening scene of her book and had been distracted.

The fluffy white towel wasn’t cooperating. She tugged again; it was stuck. With her panic rising at the fear of being caught au naturel, Stacey gave it a desperate, hard pull. The towel came loose, but the brake lever on her chair disengaged in the process. Stacey watched in abject horror as her chair began to roll away. She lunged for it, but it was too late. Her wet bottom slid along the smooth edge of her tub and she plopped right back into the water, watching helplessly as her wheelchair came to a stop behind one of the potted palms.

Now what the hell was she supposed to do?

Think, Mallory, think. The way she saw it, she had two options. One, lift her big ass out of the tub and skooch her way across the decorative hardwood to the chair and one of the terry robes, hoping no one came looking for her while she did. Or two, wait it out like a naked, sitting duck and hope it was Lina who eventually walked through that door.

Stacey kept her eyes on the door and began to ease out of the tub. She’d no sooner swung one leg onto the decking when the door handle began to turn. There was no way she as going to make it.

She flicked the jets back on and the tub lights off, then slid back into the water up to her neckline. Between the lack of light and the turbulent water, she might be able to hide her regretful decision to bathe naked. As an extra precaution, Stacey pulled the towel under the water and covered her girlie bits the best she could.

And then promptly forgot how to breathe, because it wasn’t Lina who entered.

It was a huge freaking Viking god.

Stacey sank lower until the water touched her chin. With the familiar blonde hair and stunning green eyes she could make out even from where she was, he had to be one of Lina’s brothers. Stacey was going to have a stern word or two for her friend next time she saw her. Over the course of their friendship, she’d heard a lot about Johnny and Michael, but never, in all that time, had Lina ever mentioned this insane level of masculine perfection, and the photos she’d proudly shown had been of a much younger boy who hadn’t yet reached this level of supreme manliness. That had to break some unwritten girlfriend rule somewhere.

He didn’t see her at first. He walked in a few steps and set what was left of a six-pack on the bench closest to the door. Then he bent over (good Lord the man had a damn fine ass!) and untied his boots. He wasn’t going to…

… oh hell yes he was. After toeing off his boots, he grabbed the hem of his shirt and began to lift. A ripped set of washboard abs was revealed. Once again, Stacey forgot to breathe.

Talk about a dilemma! Carnal instinct warred with logic. Did she keep her mouth shut and enjoy the spectacular show? And it was a spectacular show. She’d seen professionals that didn’t look as good as he did without even trying. Each movement sent a delicious rippling effect over his upper body as his muscles worked in perfect harmony to remove that pesky cotton and reveal all… of… that.

Her other choice, of course, was to break the spell he was unknowingly weaving and announce her presence.

Beneath the water, she squeezed her thighs together, hard, and tried to rein in her rampant hormones. This was Lina’s brother. She had to do the right thing.

He stilled, his faded jeans already halfway down his delectable ass. Those powerful green eyes, trimmed by thick dark lashes, turned her way.

She smiled, or tried to. Her mouth didn’t seem to be working properly. “I’m Stacey.”

He blinked. Once. Twice. Then rose slowly back into an upright position. Her eyes flicked down to where his fly was open and his zipper was down, a gorgeous trail of dark golden hair disappearing behind a black Hanes waistband. It was impossible to tell for sure, but if pressed, she’d guess boxer briefs.

She licked her lips and forced her eyes back to his face. It wasn’t exactly a hardship. “I guess Lina didn’t tell you I was coming.”

Why was he staring at her like that? Why wasn’t he saying anything?