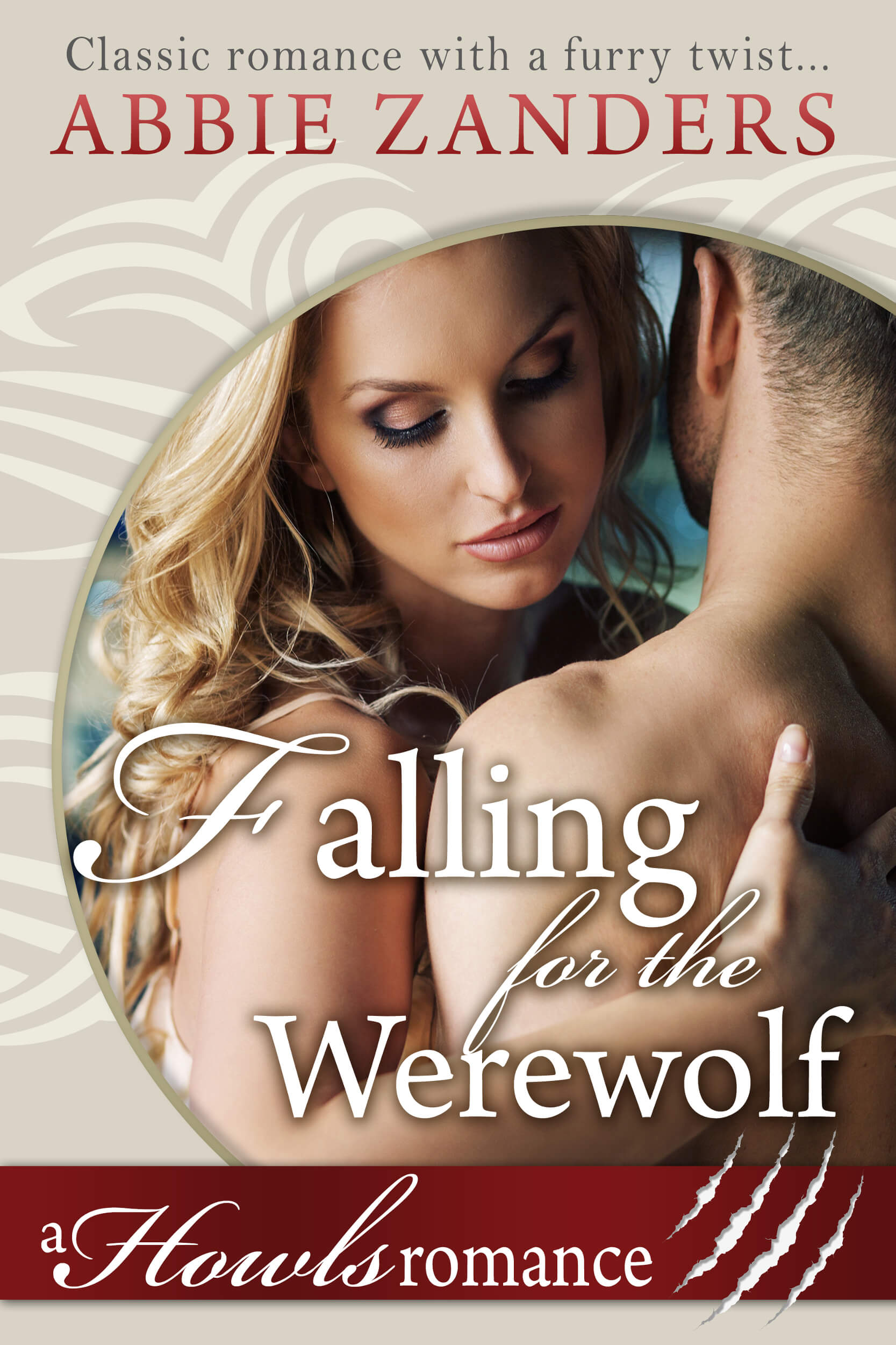 Falling for the Werewolf

Jace Stevens might have a Master’s in finance, but he’s a simple werewolf at heart. He prefers fresh air to climate-controlled offices and living in the close-knit community of Kenner’s Mills to the big city. When he accidentally crosses paths with his mate, he’s got everything a shifter could ask for.

Dani Evans wants to be a teacher.  It’s taken years of night school, but now she’s finally done. She’s spending her summer with her aunt in Kenner’s Mills, hoping for a position in one of the local school districts. It a great place, and when she meets the man of her dreams, it gets even better.

It doesn’t matter than she’s human and he’s a shifter; Jace and Dani are meant to be together. But when Jace’s pregnant ex shows up and starts spewing threats, things get hairy — especially since Dani has a little secret of her own.

“I love the idea of finding that one person who is it for you. The one you know with that first glimpse that this person was chosen just for you.” – Amazon Reviewer Fiona

Amos took one look at Jace’s stricken face and broke out into a huge grin.

Amos laughed. “Yeah, I should have warned you about that.” Oddly enough, Amos didn’t look that sorry.

“Who is that?” Jace asked, dousing his face with a splash from the jug of water his uncle had handed him. It helped a little, but not much. Perhaps it would have been more effective if he poured it into his pants.

“Bess’s niece,” Amos answered, wiping his own brow. “Moved here a few weeks ago. She’s a real sweetheart, too. Works late nights, catches up on her sleep up there in the morning like a lizard in the sun. Bess says she’s trying for a teaching position around here somewhere.”

That body belongs to a teacher? Jace didn’t remember having any teachers who looked like that when he was in school.

“Seems like a good time to break for lunch,” Amos said, his eyes dancing with amusement.

Jace could only nod in agreement. With his wolf clawing at him and the vision of the naked goddess fresh in his mind, working with either power or hand tools probably wasn’t a good idea.

Jace retrieved a cooler from their truck, thinking, Well, now he knew who his mystery female was and where she lived.

He had barely set the cooler down beneath an old, shady maple when Amos said, “Ah. Don’t look now, son, but here she comes.”

Jace’s entire body hardened—some parts were already pretty rigid—as he turned in the direction of the house.

The goddess from the roof was heading toward them in a hooded cover-up that extended to her mid-thighs, a light turquoise color that accented her golden tan and sun-kissed hair. He couldn’t help wondering if she had anything on underneath, or if she had just tossed the hoodie over all that gorgeous nakedness.

“Hi, Mr. Stevens! The gazebo is looking great. Aunt Bess asked me to bring you some iced tea.” She placed a tray with a pitcher and two glasses filled with ice on the patio table between them.

Jace’s heart stuttered as the scent of coconuts and oranges hit him full-on.

Amos smiled and thanked her.

“Hey!” she said as she spotted Jace, her eyes lighting up and a delighted smile spreading across her face. “I know you!”

His wolf growled softly in response, a sound only audible to another shifter.

Amos raised his eyebrows, shooting Jace a questioning glance. “You two have met?”

“Not officially,” she said on a laugh, and like before, it was a beautiful sound. “We ran into each other, quite literally, on the street the other day. Well, I ran into him. It was kind of like hitting a brick wall.” She shot him a shy but genuine smile, pinning him with those pretty eyes.

He was tempted to ask her how her butt was, but he couldn’t think of a polite way to do so. Besides, from what he had just seen, it looked picture-perfect to him.

“Then allow me to do the honors,” Amos said. “Dani, this is my nephew, Jace Stevens. Jace, this is Dani, Bess’s niece.”

“It’s my pleasure, Dani,” Jace said, extending his hand. “Though, I can’t say I’ve ever met a girl named ‘Danny’ before.” He winced inwardly. Did he just say that?

Dani took his hand, and he was once again struck by how good it felt, how perfectly it fit in his.

His wolf growled again, though this time, it sounded suspiciously like “Mine.”

“No, I guess not,” she said with a smile. “My name is Danielle, but everyone calls me Dani. And it’s nice to meet you, too, Jace Stevens.”