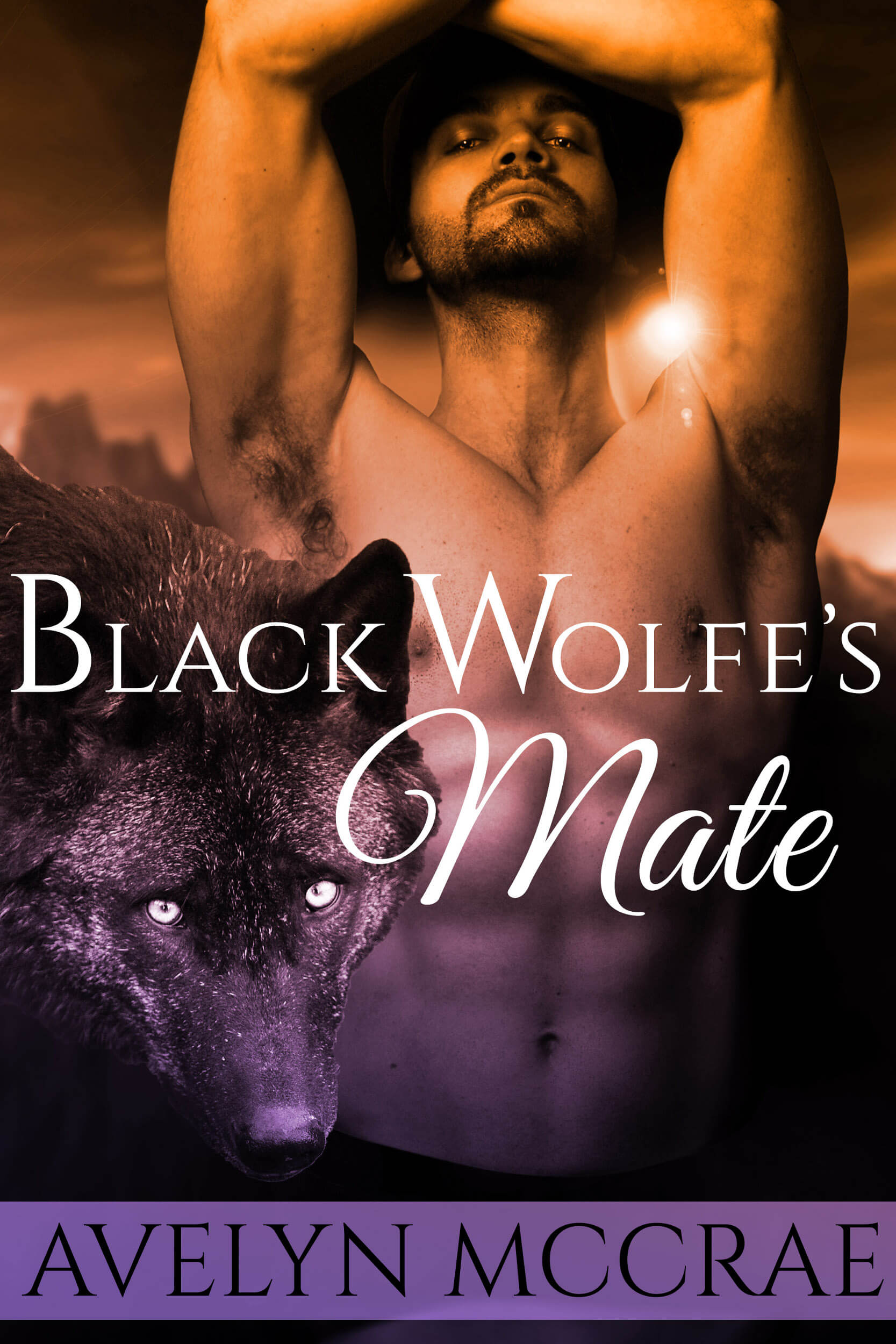 Derrick Wolfe is the reclusive owner of Wolfe Island, an exclusive resort, catering to the richest of the rich. He is also a werewolf.

Someone has been hunting his kind; centuries-old packs are disappearing. As Alpha, it’s Derrick’s responsibility to ensure that doesn’t happen to his.

So when a mysterious woman appears and inexplicably captures his instant and reluctant attention, he’s understandably wary.

He had no way of knowing she was his mate. Or the lengths he was willing to go to save her.

“This book was awesome, I have read a lot of shifter books but nothing like this. You have romance, mystery and intrigue. Not just alpha finding his mate, sex then HEA. This is a book with substance and keeps you interested in the characters.” ~ Amazon Reviewer

“This gem of a book contains everything I want in a shifter story: A believable main character with a real back story, a tough alpha with a heart of gold, a funny and caring pack around him, some heart-wrenching scenes and some seriously funny moments, super sexy scenes and a plot that is immensely well crafted and nail-bitingly exciting. The romantic intensity if off the charts.” ~ Amazon  Reviewer Ann

The moon rose full and unchallenged in the cloudless sky. It caressed his fur, as glossy and black as the hair on his head in human form. Even now, it still bore her mark. He could feel her gentle but insistent fingers in it, although the sensation now carried across his entire body. He lifted his head and howled.

He had run for miles and miles across the uninhabited side of the island. That section was strictly off limits to guests after dusk, so he and those like him could roam freely in their alternate forms without fear of being discovered. But this night, neither the lush tropical vegetation nor the powdery white sand, both painted silver by the moon, gave him the solace he so desired.

His massive paws padded softly back toward the castle. He had exhausted himself, pushing himself to the limit in an effort to expel her scent from his lungs, her taste from his tongue. It had proven futile. If he managed to completely avoid her for the remainder of her stay, which could only be a couple of days at most given her meager means, he just might be able to retain some measure of sanity and—

He froze instantly at the sound of that voice. Her voice. She wasn’t supposed to be here! He had been so consumed with thoughts of avoiding her that he had unwittingly walked right into her. The irony was not lost on him. And he was not a big fan of irony. It had a tendency to bite him on the ass, and Derrick preferred to be the one doing any biting.

She sat in the shadows of a massive palm, looking out over the crashing surf. Even in his wolf form, he towered above her. Sitting as she was, her head was barely level with his shoulder. Maybe therein lie his salvation.

He stalked forward several steps, flattened his ears against his head, and gave her his best feral glare.

She blinked, momentarily shuttering those brown-green-gold eyes made luminescent in the waxing moon. Such unusual eyes for a human. For a moment, he wondered if she had any shifter blood in her ancestry, then dismissed it. It mattered not.

He curled his black lips back, revealing massive, glistening white fangs, and growled.

“You are so beautiful,” she whispered, stroking his fur appreciatively. Derrick had never allowed anyone such a privilege before. He wondered why he was doing so now.

“No,” she corrected, “I take it back. Beautiful doesn’t begin to cover it. You are…magnificent.”

Derrick’s muscled chest puffed out, the vanity of the wolf properly stroked as well as his coat. His intense blue eyes met hers. Once again, he was stricken by the unusual color. There were flecks of green and gold and brown, ever changing from one moment to the next.

“Will you sit with me for a while?” she asked, running her small hand from his shoulder down to his haunches in a coaxing caress. “Or will you run from me, too?”

Inwardly, he bristled at her words. Him? Run away from anything? Never! Yet, upon further reflection, he could see why she might think that. She had dared to kiss him, and like an untried pup, he had run away. It had been for good reason, of course, but he should have been able to exhibit more control than that. Something about this unusual woman was inciting uncharacteristic behavior on his part.

He would not run this time.

“Here,” she said, reaching for something on the other side of her. Derrick stiffened, ready to attack if need be, but there wasn’t. The moment she unwrapped the dark linen napkin, a familiar smell assaulted him. Derrick recognized it immediately as one of Antoine’s special pastries. “Dessert always tastes better if you have someone to share it with. Don’t you agree?”

She broke the pastry in half and held it out to him. He briefly considered not taking it — he was not some mangy stray looking for scraps, after all — but he had the oddest notion that it would hurt her feelings if he refused. And Antoine did make a fine pastry.

He let his ultra-sharp canines graze the pads of her fingers as he took what she offered, but she didn’t pull back like she should have. Then — and he really should have been completely ashamed of himself for this — he licked her fingers.

“Good, huh?” she chuckled, spreading her fingers wider so he could get all the icing. “Here.” She held the other half out to him. She hadn’t even taken a bite.

He didn’t accept it. Instead, he nudged her hand to push the pastry back toward her.

“You want me to have it?” she asked, both surprised and amused. In answer, he panted softly and allowed his large pink tongue to loll out the side of his mouth. The smile she gave him was priceless, as if no one had ever done such a thing before.

“Thank you,” she said softly, taking a bite. “This is good.” He watched her until she ate the whole thing. Several times, she tried to offer more to him, but he just pushed it back to her.

“Such manners,” she murmured. “If only people treated each other as kindly.”

It was yet another thing he didn’t understand about this woman. How could anyone be rude to such an obviously gentle creature? Then he remembered how he had forcefully shoved her away only hours earlier. The sound her fragile bones had made against the solid rock made him wince inwardly. He glanced at her arms to see if there was any bruising, but her loose sleeves extended halfway down her forearms, preventing him from getting a good look.

When she finished, Derrick dropped his head and gave her a solid nudge. He then lowered his body to the ground, crowding her. She watched, fascinated, until he swiveled his head back and pointedly lifted her hand with his snout. While the man in him would not allow such familiar contact, the beast wanted her to touch him.

“More petting, huh?” she laughed. He chuffed softly in response.

She obliged, her delicate hands burrowing into his fur. He lay his head in her lap, nuzzling close to her most private parts. She raised an eyebrow, but continued to pet him. “Well, at least one male doesn’t quiver in fear at the sight of me,” she said wryly. “You are a male, aren’t you?”

Quiver in fear? A low, rumbling growl emanated from deep within, running the length of his body.

He’d show her quivering. One massive paw slung across her hips while he used his tongue to lick the inside of her exposed leg from just above mid-thigh to the back of her knee. He realized his mistake almost immediately. Yes, she shuddered at the rasp of his wolf’s tongue upon her bared flesh, as was his intent, but he was once again reminded of just how tasty she was.

He licked her again, more slowly this time. Tasting. Savoring.

“Okay, okay, I get the point. Sorry I doubted you. You are most definitely male.”

Another lick — this one a reward, not an admonishment.

They remained like that for quite some time. His big, furry body pressed up against hers, warming her against the chill of the ocean breeze. Her hands tangled in his fur. For the first time in a very long time, his inner beast was quietly content.