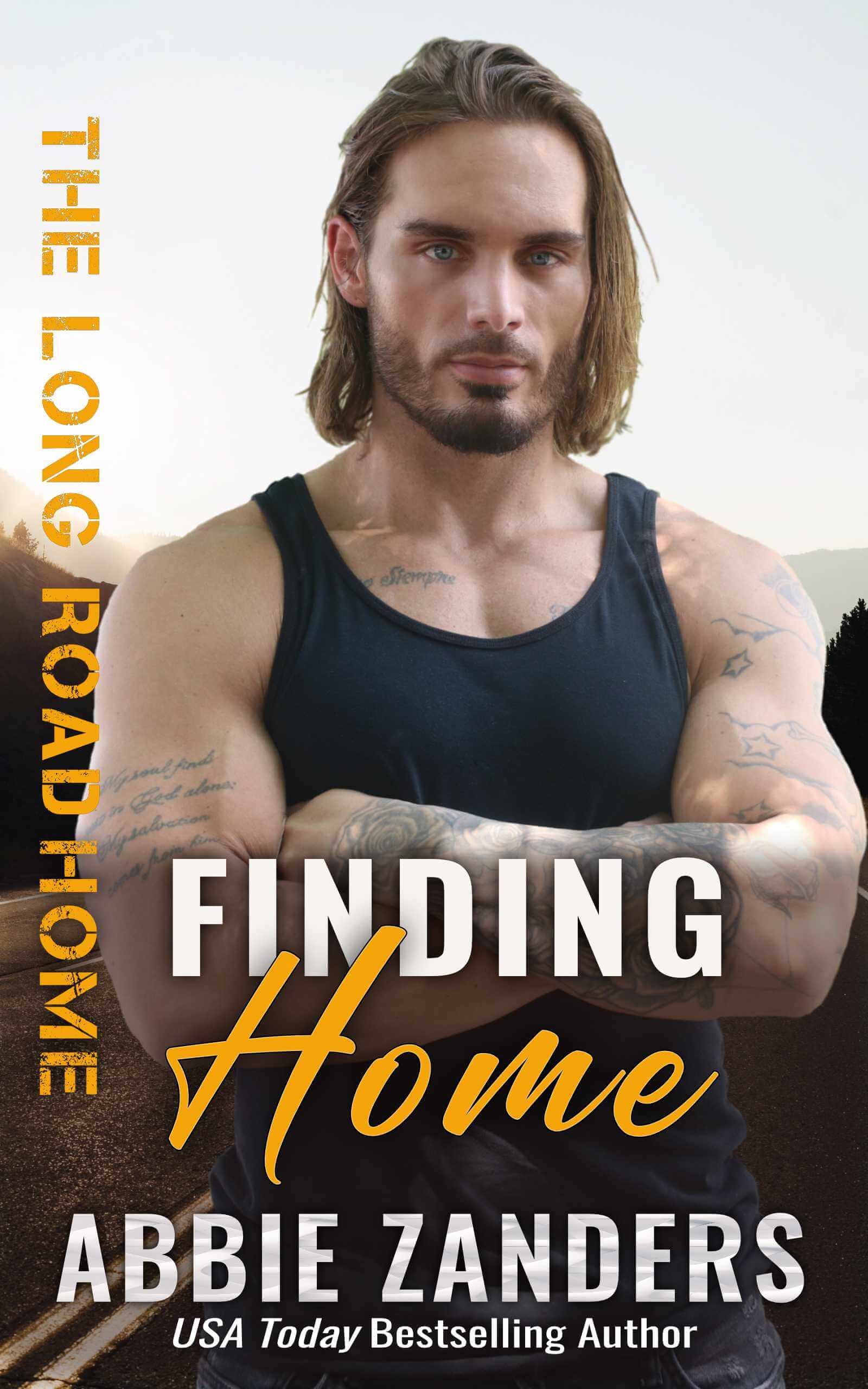 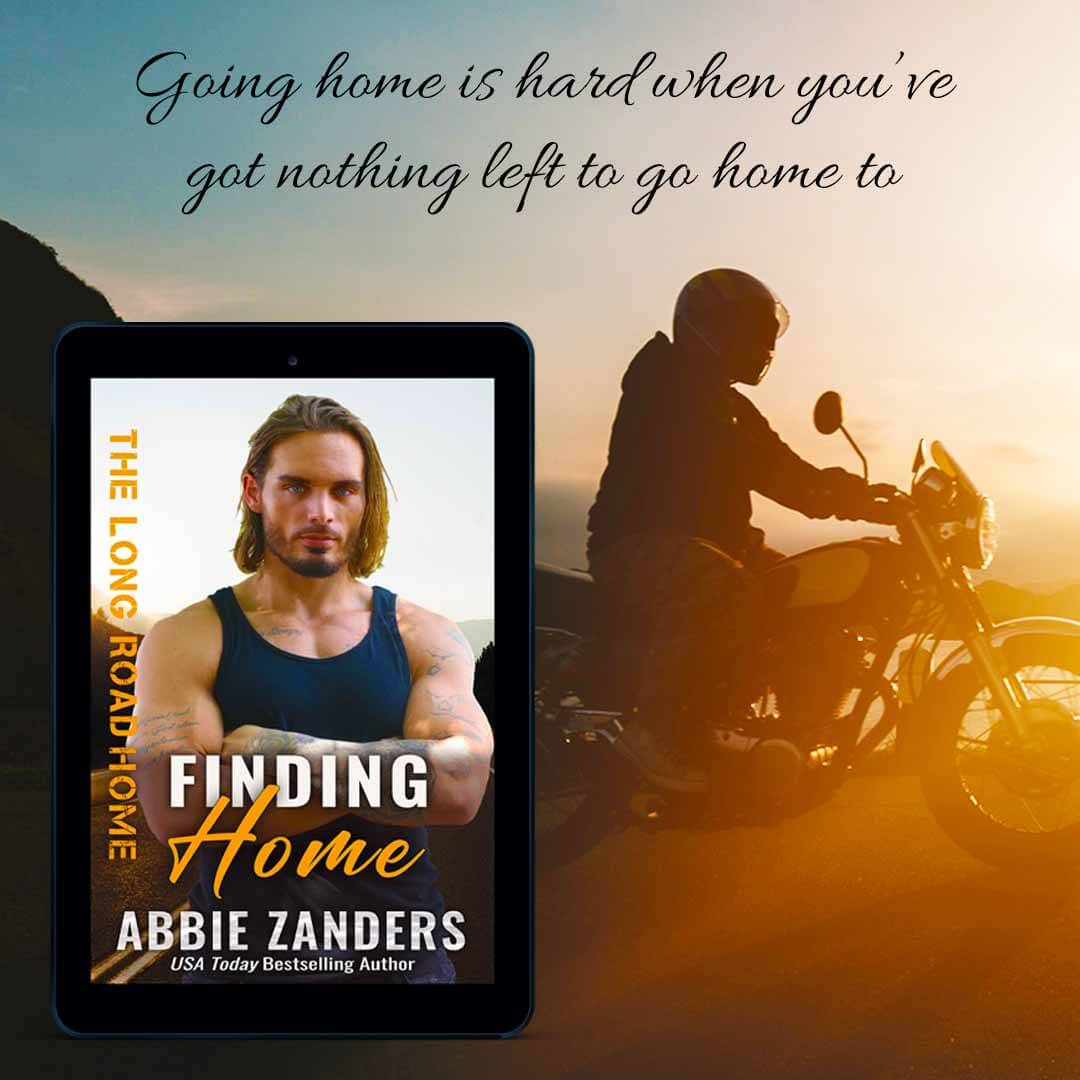 Home is where the heart is… but what happens when you have nothing to go home to?

When Jaxson Adams is forced out of the service on a medical discharge, he returns to his hometown to find that very little has changed. The problem is, he has.

He’s no longer the carefree, wild child he’d once been. He’s seen and done things most people couldn’t imagine. Not in their dreams… and not in their worst nightmares.

Even worse, he’s lost his sense of purpose. He doesn’t belong anymore. And no one understands.

Then he finds the letters. Letters that change everything he thought he knew about his family and provide a new mission—to discover the truth and right decades-old wrongs in the process.

Penny Hoffmeier is a romantic at heart, even if the only romance she sees is the stuff she makes herself. She takes great pleasure in creating the perfect bouquets for every occasion from her family’s florist shop in Sumneyville, PA.

She’s a lover, not a fighter, but she likes scuttlebutt as much as the next girl, and the hot, former SEALs who set up a place for returning service men and women nearby are providing plenty of fodder these days.

So far, she’s managed to stay neutral in the escalating tensions between some locals and the Sanctuary guys. However, when the brooding, sexy stranger comes to town with a shocking secret about one of their own, remaining quietly on the sidelines proves impossible.

Will Jaxson be able to achieve his objective and move on with a clear conscience? Or will he make Penny his next mission?

Penny Hoffmeier ignored the fatigue weighing heavily on her as she drove through the streets of Sumneyville in the early morning fog. Her ongoing battle with insomnia meant she was accustomed to functioning on only a few hours of sleep, but she hadn’t even gotten that. She had been afraid if she did allow herself to get some shut-eye, she’d sleep right through her alarm and not get the flowers to the church on time.

She’d outdone herself, if she did say so herself. So what if she’d had to drive all the way out to Harrisburg to personally pick up the hybrid irises, roses, and calla lilies? It was totally worth it, as was the all-nighter she’d pulled to get each and every bouquet and arrangement absolutely perfect.

A woman’s wedding day should be perfect. She’d been involved in dozens, maybe hundreds of weddings over the years, and she tried to make each as unique and special as the bride herself. Penny was something of a romantic at heart.

The air was pleasantly cool. The sky was just beginning to lighten, an early morning mist hovering just above the ground. She zipped through town with ease, turning up the radio when one of her favorite songs came on but not too loud.

The town’s only stoplight ahead flicked to yellow, but the roads were empty at that hour. Penny pressed her foot down on the gas pedal, hoping to beat the light, and began to execute the left turn that would take her to the church. No one would be there yet, but Reverend McFinley had given her a key just for such occasions.

The full-sized van was great for delivering flowers but not taking turns at higher rates of speed. Out of the corner of her eye, she saw the stack of corsage boxes on the passenger seat shift.

One quick glance confirmed her fears. She’d spent far too much time on the intricate mini arrangements to chance them being tossed and squashed, and she reached over with her right arm to hold them in place.

That was when she heard the angry shout, the squeal of tires, and the stomach-turning crunch of metal on asphalt.

“Forsythias!” she blurted out, the only acceptable F-word in her household.

Penny slammed on the brakes, her heart hammering and her blood turning to ice in her veins when she looked back and saw the motorcycle lying on its side in the middle of the street. She searched frantically for its rider, desperately hoping he wasn’t underneath her van.

She exhaled in relief when she saw the man limping toward her, a smudge of black against the light-gray fog.

He grunted. “Obviously. Are you fucking blind or something?”

His deep, growly voice commanded her attention while the hint of an unusual accent garnered her curiosity. It sounded kind of Southern but not really.

Her heart continued to beat harder and faster as he drew closer. He was a big guy, at least six feet tall, with broad shoulders wrapped in black leather. He lifted off his helmet, revealing deep chestnut hair long enough to touch his shoulders and a matching scruff along his very strong jawline. Full male lips were pressed tightly together, and his eyes—an intense and stormy grayish green—glared at her.

Even pissed off, as he clearly was, he was an incredibly attractive man. And definitely not a local.

“Are you okay?” She reached for his arm, but he swatted her hand away.

Penny felt his gaze acutely as he scanned her up and down. A tingle started deep within, followed by an embarrassing tightness in her breasts. When she sucked in a breath, his gaze lifted to her face. His upper lip curled, and he made a sound in the back of his throat. Then, he turned away and stalked back toward his motorcycle, heavily favoring his right leg.

The view of his back was just as pleasant as the one from the front.

He walked several steps before Penny shook off those inappropriate thoughts and reached for her phone. “You’re hurt! Let me call an ambulance.”

“I don’t need an ambulance,” he shot back without bothering to turn around.

She ran after him. “At least let me drive you to the ER so you can get checked out.”

He ignored her, lifting the bike with a grunt and then cursing when he saw the damage. “Fuck me.”

Penny didn’t know a lot about motorcycles, but she knew enough to recognize that something didn’t look right. “Is it bad?”

That lip curled again. “Got a garage around here?”

“Not really. The nearest one’s in Pine Ridge, about twenty miles away.”

And there was that glare again, too. She was pretty sure he could melt ice with it.

“What kind of town doesn’t have a fucking garage?”

“This one, apparently,” she mumbled. “We used to, but …” She let the words trail off when his glare intensified. Clearly, he wasn’t in the mood for local history. “But Zeb Stoltzfus might be able to help. He restores old bikes and stuff.”

“About two blocks that way,” she said, pointing down the street, “but he won’t be able to help until Monday.”

“Because his daughter’s getting married today. I’m actually on my way to the church now to deliver the flowers for the wedding.”

“He won’t be in any shape to help you tomorrow. She’s his youngest, and …”

He stared at her as if she were speaking gibberish.

“Are you sure you’re okay?” she asked again.

“What the fuck am I supposed to do until Monday?”

She tore her eyes away from him and looked at the bike. “I guess you can’t drive it, huh?”

“Not without causing more damage.” He turned away and began to push his motorcycle down the street.

“Hey, don’t you at least want my name or my insurance info?” she called after him.

He ignored her and kept going. He made it about half a block before the fog swallowed him up.

Penny resisted the urge to run after him again. He clearly didn’t want her help, and she needed to get those flowers to the church.

As she was walking back toward her van, she spotted something on the road and bent down to pick it up. A pocket watch. A nice one by the looks of it.

She looked back to where he’d disappeared into the fog. He wasn’t going to get far. As soon as she delivered the flowers to the church, she’d track the mysterious stranger down and return it.