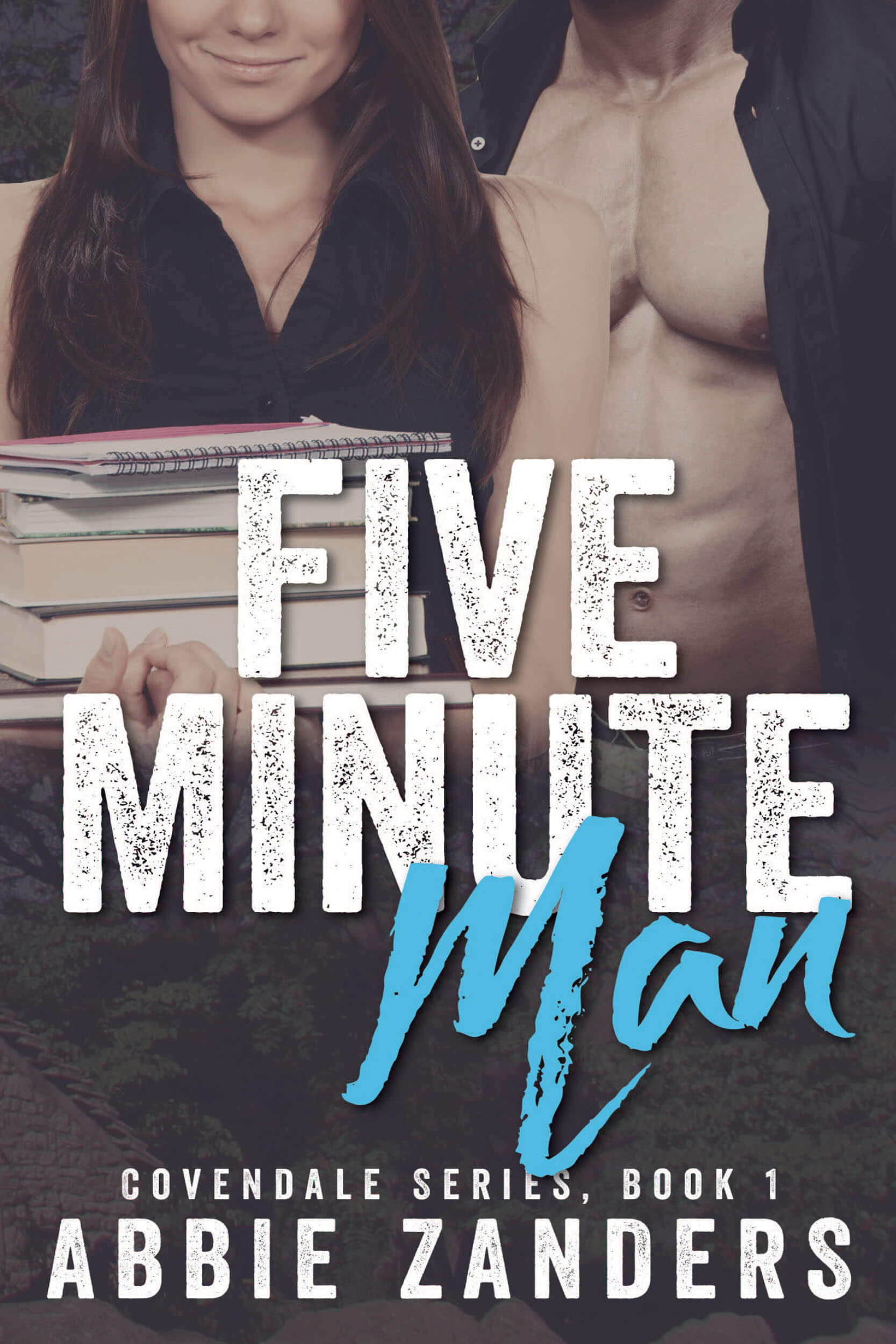 Holly McTierney left the safety and respectability of her job as a software analyst to pursue her dream of writing romance novels, despite the fact that she doesn’t believe in love at first sight, soul mates, or five minute orgasms.  She lives alone in a centuries-old cottage and prefers the company of her dog, Max, to that of humans.

Adam Grayson is a local contractor who specializes in historical renovations.  He readily admits to being painfully chauvinistic, and desires a woman who can accept his innate caveman tendencies, though he doubts that is possible in today’s world of empowered females.

One chance encounter leads to another.  They hit it off amazingly well – too well, in fact.  Prior experiences have left them both a bit leery, though they are cautiously optimistic.  Before their budding romance has a chance to fully blossom, Adam’s unstable ex, Eve, decides she wants him back, and is willing to go to great lengths to get him.

Eventually, the truth is revealed, but only after the damage is done, and Holly must decide if she is capable of writing her own happy ending.

“I started reading this book during my lunch at work, I couldn’t wait to get home to continue. I loved the story line. Holly and Adam had my heart from the beginning to the end.” ~ Amazon Reviewer Chris

“Once again I had the pleasure of reading a quick witted story, sweet story that I haven’t read a thousand times become.” ~ Amazon Reviewer Michelle

Adam sat back in the corner of his booth seat as the petite brunette walked by, but she didn’t even look his way.  He wasn’t sure if he was relieved or disappointed.  He couldn’t help but appreciate the sweet curve of her ass, though, or the way her hair hung in loose, natural waves halfway down her back.

“Brandon,” he heard the other woman whisper behind him.  For once Adam was profoundly grateful for his acute auditory senses.

“God, do you have to call me ma’am?  I’m not that old, you know.  Anyway, do you happen to know the guy who was sitting behind us when we came in?  You were talking to him before.”

“Yeah.  He’s my uncle.”  Adam cursed beneath his breath and considered changing the locks to his house before Brandon finished his shift.  Emergency locksmith service was expensive, but it would be worth it.

“Does he live around here?”

Adam pulled out his phone and started Googling local locksmiths.

“No.”  Adam scrolled through his choices.

“Could you, I mean, would you, give him this?”  Adam paused, his curiosity getting the better of him for a brief moment.  What was she giving him? A card?  A number?

“Will you be there?”  Not a card or a number, an event of some sort.

“Then I will definitely pass this along.”  Adam stared at his phone, his finger poised over the call icon.  Shit, if he called the locksmith now, the woman would hear his voice and realize he was still here.  He’d have to wait until he got outside.

When Brandon walked away to ring up their check, Adam left enough to cover his bill and tip on the table and slipped quietly out of the booth, heading for the exit.  This evening had been entertaining, but now he felt the urgent need to flee.  He did not want to be sitting there when the women left.   The blonde might try to talk to him, maybe ask him out, and he’d panic.  He never knew what to say when that happened.  He didn’t want to be rude, but he just didn’t like when a woman took the initiative.  Yeah, it was stupid as all hell, but he was an old-fashioned kind of guy.   Flirting was okay – that’s how he knew a woman was interested – but if there was going to be any asking, he wanted to be the one doing it.

Keeping his eyes focused on the Exit signs, he rounded the corner and felt an instant impact from his chest down.  He looked down just in time to see the little brunette falling backwards onto her cute little ass.

“Ah, fucking A,” she murmured before she could help herself, wincing as she started to pull herself up.

The words were so shocking coming out of that pretty little mouth that for a moment, Adam was too stunned to say anything.  By the time he held out his hand and opened his mouth to apologize, she was already on her feet.

“Sorry about that,” she said.  Her voice was back to being low-pitched and musical, but her eyes were calling him all sorts of nasty names.

“Totally my fault,” he managed, his throat suddenly dry.  God, she was cute.  Big green eyes, pert little nose.  Little or no makeup, naturally pretty.  “Are you hurt?”  He reached out to steady her, but she stepped back in a clear message.

She zipped around him, her cheeks a lovely shade of rose, not looking back and not slowing her pace until she dropped into the booth across from Liz.  Then she put her elbows on the table and covered her face with both hands.

“Tell me you did not just have hot bathroom wall sex,” Liz said with equal parts worry and hope, eyeing her friend’s bright red face and look of total mortification.

“No,” Holly mumbled from beneath her hands.  “I was zoning out and just face planted in a guy’s chest.”

“That doesn’t sound so bad.  Was he good looking?”

“Yes,” Holly moaned.  “Insanely.  At least from my view on the floor.”

Liz covered her mouth with her hand to hide her grin.  “Oh, Holly, you didn’t.”

“Yeah,” Holly replied with a rueful grin.  “Princess Grace strikes again.  The guy was so freaking hard I bounced right off his chest and landed on my ass.  Then I went all über-classy on him and uttered a few colorful expletives.”

“Oh, Holly.”  Liz was doing her best to be sympathetic, but it was kind of difficult when she was trying so hard not to laugh.