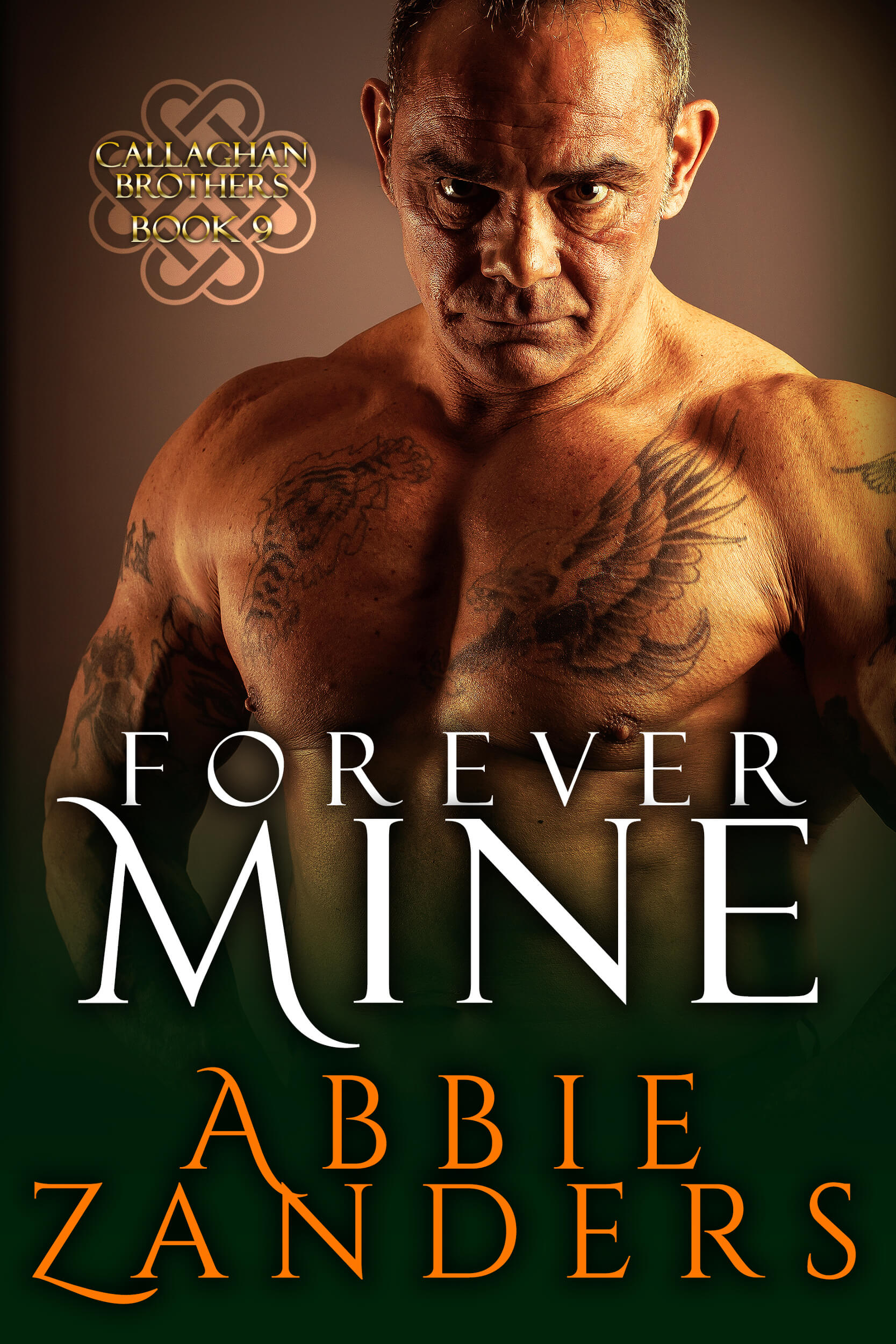 All his life, Jack Callaghan has been a fighter and a survivor.

For his country — as a Navy SEAL in Vietnam.

For his family — as the proud son of immigrants, fierce friend, beloved husband, and father of seven strapping sons.

For his life — in war, in covert ops, and now unexpectedly stricken by a shadow that’s loomed over the Callaghan men for generations.

Jack’s most recent brush with death brings back a lifetime of memories in vivid, realistic detail. The best times of his life, as well as the worst. Through it all, he’s always fought the good fight, because he’s always had people depending on him.

But now, his sons are grown with families of their own. They run the Pub, the Team and the family, as well.

After twenty-five years without his croie, he’s tired … tired of fighting, tired of existing without her. Especially when he is so close to seeing his Kathleen again.

“I loved it start to finish. It’s such a beautifully told story of pure, perfect love and sacrifice. It ripped my heart out and sewed it back in throughout the pages.” ~ Amazon Reviewer Kendra

“I loved this book from page one. The story was enthralling and I fell in love with Kathleen and Jack even more than I did their sons.” ~ Amazon Reviewer PJ

Had he not promised Riley he’d help her find the biggest pumpkin in the fields before her siblings and cousins, he probably would have found some excuse to remain in his rooms at the Pub, reclining in his favorite chair and watching college football. But she was his first granddaughter, and when she looked up at him with those big violet eyes, he couldn’t say no.

Reminded of his task, he’d better get on with it. The sooner he did, the sooner he could return to the Pub, take some antacids, and relax in the comfort and privacy or his own home. He loved his sons, his daughters-in-law, and his brood of spirited grandchildren, but feeling as he did, a bit of peace and quiet was what he needed.

Jack got up, steeling himself against the vague dizziness that had been plaguing him off and on. He gripped the edge of the table, thankful that Maggie had gone into the house and everyone else was otherwise occupied.

Except, apparently, Taryn, who had appeared out of nowhere, he thought irritably. Could he not have a few minutes where someone wasn’t badgering him? He was sixty-five years old, not six.

Taryn crossed her arms and looked pointedly down at his hand. She was fierce, that one, a perfect match for the bulldozing personality of his son, Jake. Where Maggie had Kathleen’s mothering instincts, Taryn had her bullshite detector.

“Aye. My knee is stiff. Been sitting too long.”

She narrowed her eyes. “That’s all?”

“Isn’t that enough?” he shot back. He loved his daughters-in-law as his own, but they could be a meddlesome lot.

“If it’s bothering you, you don’t have to take Riley all the way down to the pumpkin patch. Jake or I can do it.”

“I promised the lass. I’ll not break my promise,” he told her stubbornly.

“Well, at least let me get the Jeep. I can drive you down.”

“I am perfectly capable of walking my granddaughter to the pumpkin patch and back.”

Taryn looked doubtful, but she nodded with obvious reluctance. “Ok. I’ll go with you.”

“I know what you meant. Your time is better spent going after Rory, Ryan, and Patrick. I saw them sneaking off toward the creek.”

“Oh, for heaven’s sake!” she exclaimed. “They know they’re not supposed to be down there by themselves.”

“Lads will be lads.”

He hated to throw his grandsons under the bus like that, but it was preferable to being hovered over like some sickly old man. “Go on then. Off with you. Best you get to them before they start flipping rocks and catching snakes.”

He chuckled as Taryn took off toward the creek, then started coughing when his chest tightened. He sat back down and tried to contain it before he had the rest of his daughters-in-law fussing over him. He just needed some rest; that was all. He hadn’t been sleeping well. The little bit he was managing had been riddled with realistic dreams of Kathleen lately. That in itself wasn’t unusual; he often dreamt about his croie, about her smile, her laugh. The most recent ones left him unsettled, though. The look in her beautiful emerald eyes was the same one she used to give him when she was particularly worried about something, usually when one of their kids or grandkids was having a rough time of it.

He kept those dreams to himself, for obvious reasons. First, they were too personal, and second, he didn’t need anyone questioning his mental state along with his physical health.

There were those who would say that it was his subconscious manifesting his Kathleen during those difficult times, but he knew better. The bond between croies couldn’t be broken by something as simple as death, and death wasn’t the end. The only reason he’d been able to go on was because she was always with him — in his heart, and in his dreams.

“Are you ready, Grandpa?” Riley asked excitedly, running headlong across the lawn.

He took her small hand in his, smiling down at her. She was such a spirited, loving child. He got a familiar ache in his chest, thinking how much Kathleen would have doted on her and the rest of their grandchildren. He missed his wife so much. Not a day, not an hour went by when he didn’t wish he could hold her in his arms again, feel her body pressed against his during the night, hear her beautiful laugh. Seeing their seven sons married and with families of their own warmed his heart, but was a constant reminder of what he’d once had and lost.

They walked down the hill to the ten-acre patch Maggie sowed with gourds every year. In a week or so, the elementary schools would be bussing up the kids for field trips. They’d take hayrides and pick apples and pumpkins; play on the hay-bale obstacle course and laugh their way through the corn maze digitally designed by his high-tech savvy son, Ian. But this weekend was just for family.

His dizziness faded, but the heavy feeling grew as Riley skipped through the patch, determined in her quest to find the perfect pumpkin before her siblings or cousins. Jack pulled out his handkerchief and wiped at the sweat once again beading along his forehead. It was an effort to lift his arm to do so; it felt weak, and slightly numb.

Maybe he was coming down with something. He swayed on his feet, the vertigo returning once again as he stood under the late-September sun. If he could just sit down for a few minutes in the shade, catch his breath, it would pass like it had before.

It took more concentration than it should have to make it to the line of maple trees delineating the field from the others. By the time he reached the shade, he felt as weak as a pup. He dropped down onto the grass and tried to take a deep breath.

He couldn’t. It felt like an elephant was sitting on his chest, keeping him from expanding his lungs properly. A sense of doom settled heavily on his shoulders. Realization dawned as the first searing pain shot through his chest and down his left arm. He closed his eyes and prayed. “No, not now, not in front of the lass…”