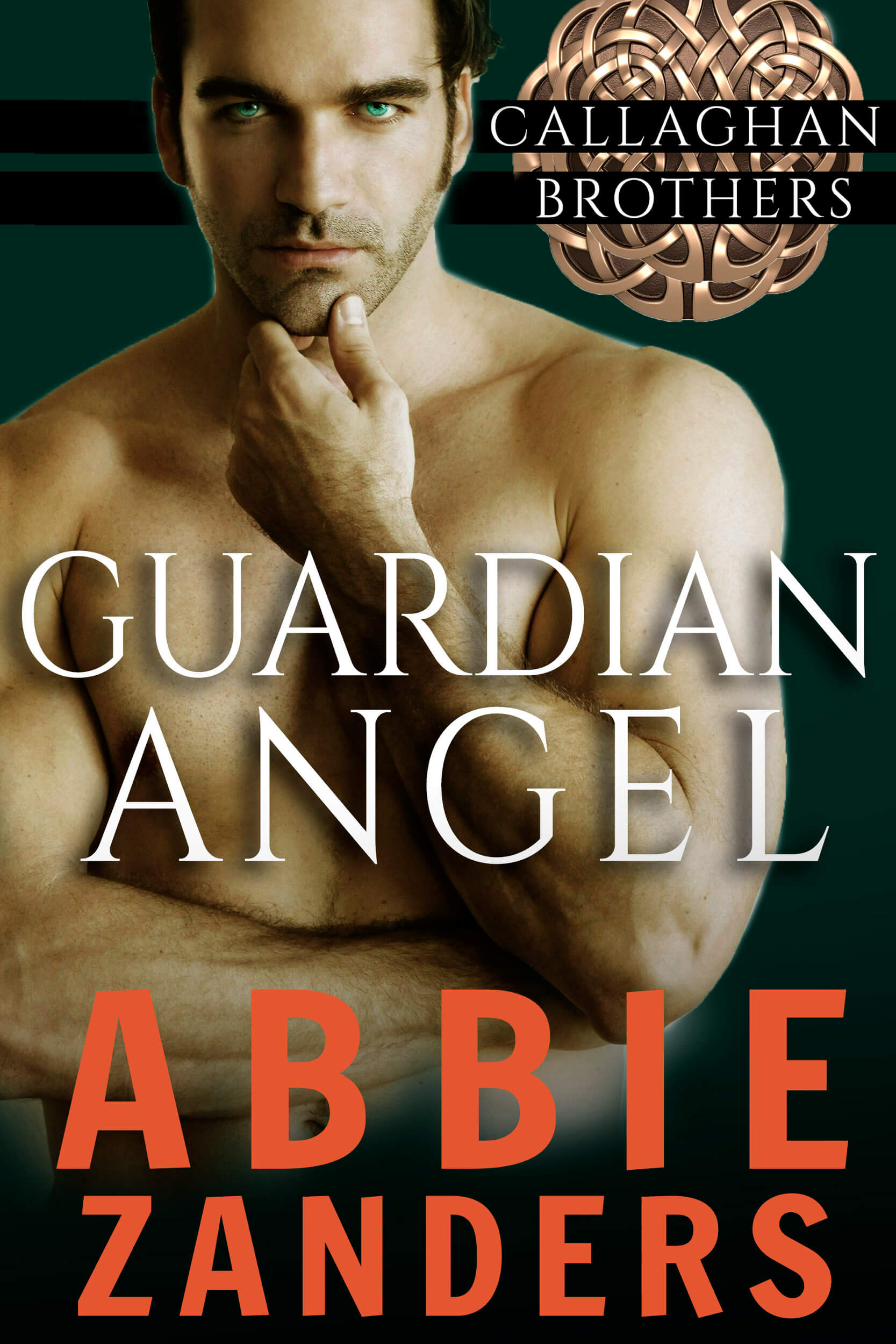 They call him the Iceman

The eldest of seven brothers, he is the biggest.   The coldest.   The meanest.

No one has been able to break through the icy shield Kane Callaghan has built around himself.  No one except the tiny, stubborn woman willing to sacrifice herself for him.   She haunts his dreams, but he has no idea who she is.   Where she is.   Or if he’ll ever see her again.

Rebecca Harrison spent the last twelve years with humanitarian relief organizations, travelling to some of the hardest hit areas of the world, but none has ever affected her as much as that tiny village in Africa.   Because of him.

Fierce and beautiful and terrible, she can’t get him out of her mind.   Kane.   The avenging archangel who appeared out of nowhere, saving her from a fate worse than death.   The one she was forced to leave behind.

Worlds apart, they are bound by the events of that one horrible night, though the chances of ever meeting again are too small to dare even hope.   Of course, neither one realizes just how clever Fate can be…

“This is exactly the kind of book I like. Hot possessive alpha male with a don’t muck with me attitude and it’s not all just for show.” ~ Amazon Reviewer V. L.

The woman was staring at him with big, golden brown exotic eyes, scared but curious. Unfortunately, he didn’t have time to allay her fears. They had to get out of the open and fast. Kane grabbed the woman’s hand and began to run as more shouts echoed around them. As they broke into the underbrush he sensed the shot before he felt it, yanking hard on her arm in an attempt to fling her in front of him, but she was already in the air. He felt the slam of her body against his side about the same time his left hip exploded in agony. Kane stumbled and released her.

“Run,” he commanded through clenched teeth. “Only a mile or so east. My brothers will get you home.”

After only a moment’s hesitation to catch her balance and a decidedly female grunt – probably from the force of the collision against his much larger, much harder body, the woman turned to look at his face, then her eyes dropped down to his hip. Without a word she pulled the semi-automatic from his shoulder and stood in front of him. He didn’t miss the way her arms shook, or the awkward way the gun sat in her hands. Jesus. A nun with a semi. They were totally fucked. She’d never actually –

The sharp staccato rang out, stunning him as she pointed it at the men charging them and took them down.

She looked like she was about ready to throw up; her body was trembling so badly it was a wonder she could stand at all. Jesus. This woman was not a killer.

Then she flipped the gun across to her back and he felt her small hands on his arm, pulling upward. Not having much luck, she crouched down and slung his arm over her shoulder, trying to use her legs to lift him.

“We’ll never make it,” Kane said, the urgency in his deep voice apparent. “You have to go.”

She ignored him and he wondered if she knew English at all outside of the Lord’s Prayer. There was something slightly exotic about her features; she might not actually be American.

But apparently, she was obstinate. He let himself become dead weight and dropped to the ground, knowing there was no way her small form could hold up his two-hundred and fifty densely packed pounds.

“Go!” he barked, pushing her away from him roughly to stress the importance of obeisance.

Both slick with blood, he slipped from her grasp. She paused for a moment, regarding him. Despite the situation, despite the fact that her whole body was shaking, her eyes were calm, focused, and he could sense her mind working furiously, deciding what to do next.

It only took a second for her to come to a decision, and in Kane’s opinion, it was the wrong one. In one smooth movement she pulled off the covering she wore, using her teeth and hands to rip it into strips. Surprisingly, she wore shorts and a tank top beneath it, with something that looked like a multi-pocketed toolbelt/apron type thing. Not what he would have pictured a nun to wear beneath her outer habit.

She pulled something out of one of the pockets, ripped it open with her teeth and pressed it to his wound. Whatever it was it burned like a son of a bitch. He pushed her hands away impatiently, knocking her on her ass more than once, but she just kept scrabbling up and trying again until she had managed to bind his injuries the best she could with the tattered remains of her covering. It had all the makings of a slapstick comedy, and it probably would have been funny had the situation not been quite so dire.

She was quick. And tenacious as hell. He had to give her that. Finally she plopped down in front of him protectively, so close she was almost in his lap, pulling the gun back toward her and pointing it away from them.

“Here,” she said, pulling yet another item from her pockets. “Chew this. It’ll help with the pain and assist with the clotting.”

He looked at her as if she had lost her mind. So she did know English. She was definitely American. And she was totally, one hundred percent, certifiably insane. He glared at her, putting the full force of his power – what he had left anyway – into it. It should have been enough to scare away the bravest of men, but if the slight quirk of her lips was anything to go by, she seemed to find it amusing.

“And if you’re a good boy, I’ll give you a Tootsie Roll afterward to get the bitter taste out of your mouth.”

Well, that explained the whiff of chocolate he got every time she spoke in his direction. It was not something one typically smelled in a looting massacre out in the middle of the jungle.

Kane blinked. The situation had gone from insane to surreal. A nun half his size – and with more curves than a Penthouse centerfold – was sitting beside him, soaked in his blood, speaking to him like a child and offering him candy. Yep, it was official. He’d lost it.

“Son of a bitch. Are you fucking stupid? Get the hell out of here!”

Huge brown eyes fixed on his. Jesus. Where his were cold and icy, hers were warm and soft with brilliant gold flecks. A light brown with swirls of something darker, naturally outlined with a rim of mahogany so deep it almost looked black. Her smile widened, just a little.

“I’m not leaving you,” she said simply. Her voice – it was like warm honey, soft and flowing, like her eyes. Despite the fact that her body was still shaking, that her clothes were saturated with blood, that she was sitting there with a semi-automatic in her lap, her voice sounded perfectly calm and relaxed.

Her lips quirked, but otherwise she seemed completely unfazed. “What is your name?”

She really was nuts. What was this, a social? But her voice was compelling enough – or maybe it was simply the blood loss – that he found himself answering anyway. “Kane.”

That seemed to amuse her even more for some reason. She gave a light, musical laugh, one that left an unexpected lightness in his chest at the mere sound of it. Like her, it had no place here.

“Ah. A good Biblical name, that,” she murmured.

Kane snorted in response. He was tempted to tell her the spelling was all wrong, then wondered what the fuck he was thinking. He was on the ground in the jungle, shot through the hip with nasties all around, stuck with a nun who obviously had a death wish for them both. Perhaps she was okay with moving on to the next life, but he still had some things he wanted to tidy up before he was ready to check out. He managed to convey his thoughts to her in one or two roughly hewn but disturbingly clear and concise sentences.

“Maybe, Kane,” she said, narrowing her eyes, her unnatural patience finally beginning to waver a little, “if you put some of that attitude toward getting up we can both get out of here. I’d prefer not to die today either, if you don’t mind.”

Sweet Jesus. She was lecturing him now? But it didn’t take a genius to realize the woman wasn’t going anywhere without him. He supposed he should feel a sliver of gratitude for that, but all he could summon was thorough irritation. If she died, it would somehow be his fault. He hadn’t exactly led a life of purity, but there were probably mega-bonus Hell points for being responsible for the death of a nun. He might not be a staple of the church these days, but his Irish Catholic upbringing would never let him forsake a Sister.

He grumbled again, but stuffed the bitter tasting herbs into his mouth and pulled himself to his feet, grimacing through the pain. Immediately he felt the warmth of her arm around his waist, her insistent tugging on his hand as she ducked beneath it to offer support and felt a surge of intense guilt at how good it felt.

She wasn’t a woman, for Christ’s sake. She was a frigging penguin. He forced the image of his elementary CCD teacher into his mind – Sister Ursula. Small and withered, about a thousand years old, with stockings wrinkled above her orthopedic shoes, starched habit, and constant scent of Ben Gay and mothballs. And with that came the memory of the metal edged wooden ruler rapping sharply against his knuckles. Repeatedly.

That helped. A little. Enough that maybe between that thought and the pain shooting thru his body he might be able to ignore the little shockwaves her touch was sending throughout the rest of him. Oh yeah. He was going to Hell for sure.

“So what do they call you?” he asked as they took their first steps forward.

“Besides Mother Goddamned Theresa, you mean?”

Ah. A nun with a death wish and a sarcastic wit. Fucking A. And hey – were nuns allowed to curse like that? Maybe God overlooked shit like that in extenuating circumstances.

The sound of gunfire behind them kept him from answering. Together they hobbled toward the east, trying to move as quietly as possible. Neither attempted conversation again. Several times they were forced to stop when they heard shouts nearby, but thankfully, they remained undetected. He could hear her grunt under the effort it cost to support him, but she did not complain.