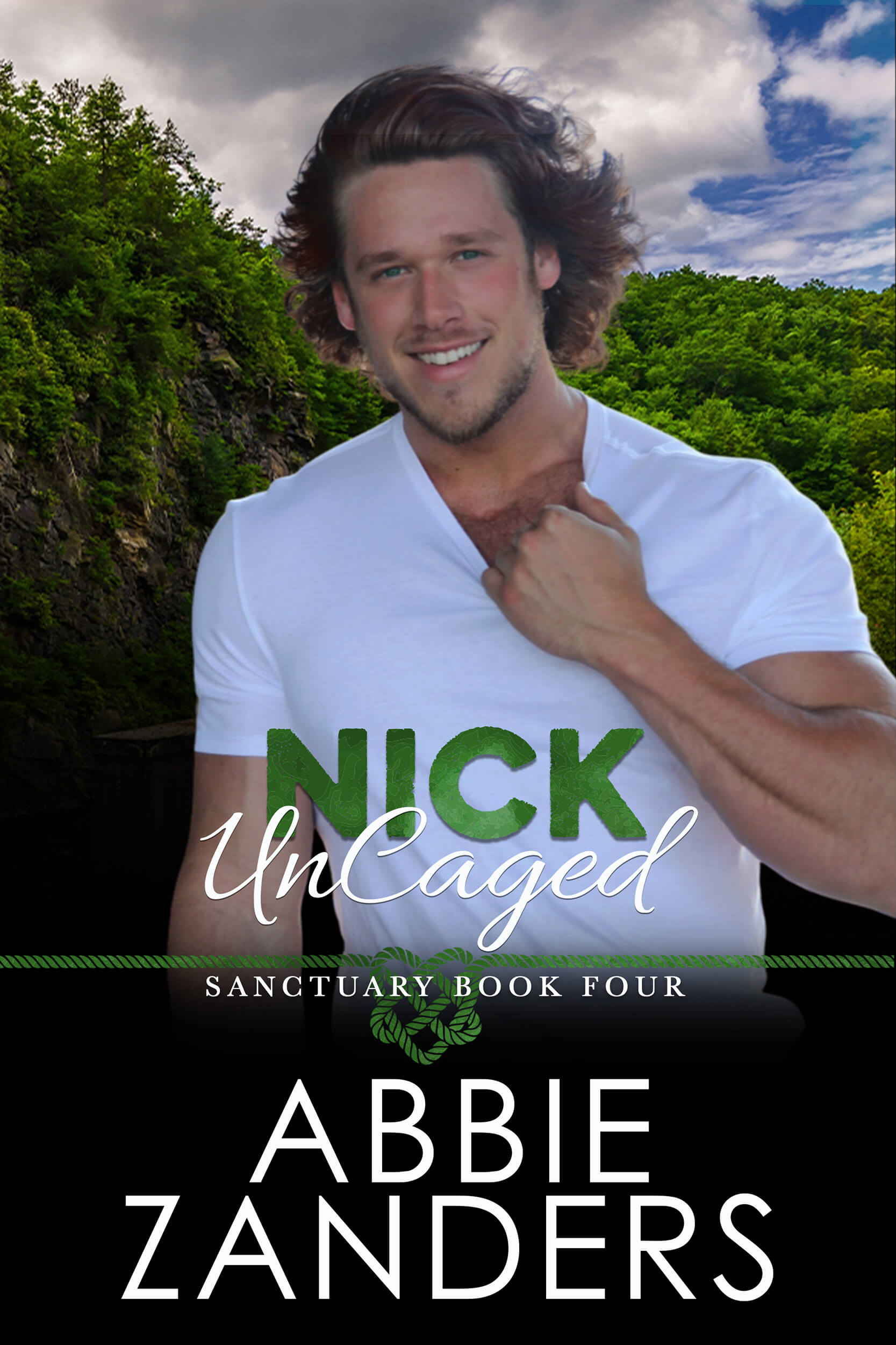 Former SEAL Nick “Cage” Fumanti likes where his life is at.  A city boy at heart, he’s made peace with the fresh air, open skies, and satisfaction he gets from helping make Sanctuary a success. The best part is, he’s all but forgotten the shady past that prompted him to join the Navy right out of high school. The only thing missing is someone to share it with, but since he’s much better with tech than he is with women, he doesn’t hold out much hope that’s going to happen.

Online journalist Gabriella De Rossi is tired of being passed over for the juicy assignments. She wants more than the puff pieces and human interest stories being tossed her way.  She understands the seedy underworld better than most because she’s actually lived it. Sure, her personal experiences may have developed her empathetic tendencies, but that doesn’t mean she doesn’t have what it takes.

When Bree is sent to Pennsylvania to do a story on a new program to assist returning veterans re-acclimate into civilian society, she’s understandably less than enthusiastic. However, fate might actually be on her side for once. Not only does the former SEAL tasked with showing her around rouse her non-professional interest, but she soon discovers that the sleepy little mountain town of Sumneyville has its share of secrets… and so does her SEAL.

Revealing the truth could be the big break Bree’s been waiting for, but if doing so means losing Nick forever, is it worth it?

“Thoughts?” Church looked at each of those assembled in what they called the war room.

The once-ballroom now functioned as their center of operations. It was where they discussed and planned and held impromptu meetings about things, such as renovation plans and the recent request for a public interview.

Church’s expression was as unreadable as ever, but Cage sensed he wasn’t particularly crazy about the idea. Sanctuary was a private facility. As SEALs, they’d accomplished the majority of their missions quietly and efficiently and were handling Sanctuary the same way—without fanfare, without wanting or expecting recognition.

“It could be good publicity,” mused Doc, though he didn’t sound stoked about the idea either.

“Or it could rise up and bite us on the ass.” That was from Smoke, who avoided public interaction whenever possible.

“Do we know anything about this … what’s it called? Sentinel Voice?” Heff asked.

“It’s legit,” Cage confirmed, tapping away on one of the many computers in the room and scrolling through the results. “National circulation, based on the West Coast. They appear to cover a variety of issues deemed politically significant as well as exposés and shit.”

“So, what do they want with us?” Mad Dog wondered aloud. “How’d they even hear about us in the first place?”

“That’s the question, isn’t it?” Doc said, rubbing the blond stubble on his chin. “What we’re doing here is important, but it’s hardly front-page news.”

“Maybe they’re looking for a feel-good story,” Heff suggested. “Something to counteract all the bad news these days.”

“I find it hard to believe someone is going to fly across the country to do some feel-good, vanilla piece,” Smoke said somberly. “They’re looking for stories, and I, for one, am not keen on sharing mine. I doubt anyone else here is interested in sharing theirs either. This is supposed to be a safe space, remember?”

Not a big talker by nature, Smoke’s string of consecutive sentences illustrated just how strongly he felt about the subject. Murmurs of agreement followed.

“We don’t need the publicity,” Mad Dog added thoughtfully. “We’ve already got more applications than we can fulfill. At this rate, we’ll be adding another wing.”

“Besides, if we do okay this thing, there’s the possibility that the interviewer is going to want to talk to some of the locals, too. Depending on who they tap, that might not be a good thing.”

More nods and murmurs followed Heff’s statement. While they had the support of many of the people in Sumneyville, there were those who wanted to see Sanctuary fail and were undermining them by quietly casting doubts and suspicions on their true purpose. At first, it’d appeared to be only a select few, but after the kind of shunning both Sandy and Kate had experienced, they realized it was a growing problem. Some whispered rumors had even gone as far as suggesting they were nothing more than borderline psychos with lethal training.

“Good point,” agreed Doc. He turned back to Church. “It sounds like we’re in agreement. Decline the interview. Cite respect for the privacy of the guests or some shit like that.”

“It might not be that easy,” Church said, his lips pulling into a thin line. “I got a call from our friends in Pine Ridge. Sean Callaghan towed a rental that broke down on the back road between Pine Ridge and Sumneyville. A woman who told Nicki that she worked for the Sentinel Voice and was headed to Sanctuary.”

Cage shifted, the image of a woman with glossy, dark curls and glittering eyes coming to mind.

“That’s a little presumptuous, isn’t it?” Doc asked. “Coming out here before we’ve even responded?”

“She must have been on her way when she made the request through the website.”

“It’s smart,” Heff said thoughtfully. “Probably figured it would be harder for us to say no that way.”

“I bet she’s attractive, too.”

“She is,” Cage said without thinking.

As one, they turned narrowed eyes his way.

It was Church who asked, “You’ve met her?”

“Sort of.” Cage relayed his brief encounter with the woman on the way back from Ian’s. He stuck to the facts and didn’t mention just how attractive she was or how she’d been on his mind ever since.

“What’s your read on her?” Doc asked.

Cage carefully considered his next words. “I think we should do the interview.”

They all frowned, except for Heff, who was looking at him far too intently for Cage’s liking.

“She’s already in town,” Cage reasoned. “She’s not likely to leave empty-handed. If we don’t talk to her, someone else will. And if that happens, chances are, she’s not going to get an accurate picture of what we’re trying to accomplish here. It could, as Smoke said, come back to bite us in the ass.”

“The best defense is a good offense,” Doc commented quietly.

“Exactly. Invite her in, where we control the circumstances and the information. Give her the facts, make a good first impression. Then, if she does decide to interview some of the locals—”

“Also,” Heff mused, “I have to believe the locals aren’t going to be very forthcoming. They’ve got their own piles of dirty laundry to worry about.”

“All right then, let’s take a vote. Everyone on board?” Church asked. At the round of reluctant nods, Church looked directly at Cage and said, “She’ll be your responsibility.”

“Because you’ve laid the groundwork with your knight-in-shining-armor routine,” Heff quipped. “Don’t you know? No good deed goes unpunished.”

Doc clapped him on the back. “Come on, Cage. Man up and take one for the team.”

Cage exhaled and tried to look put out, but inside, he felt a tingle of anticipation at seeing the pretty brunette again.