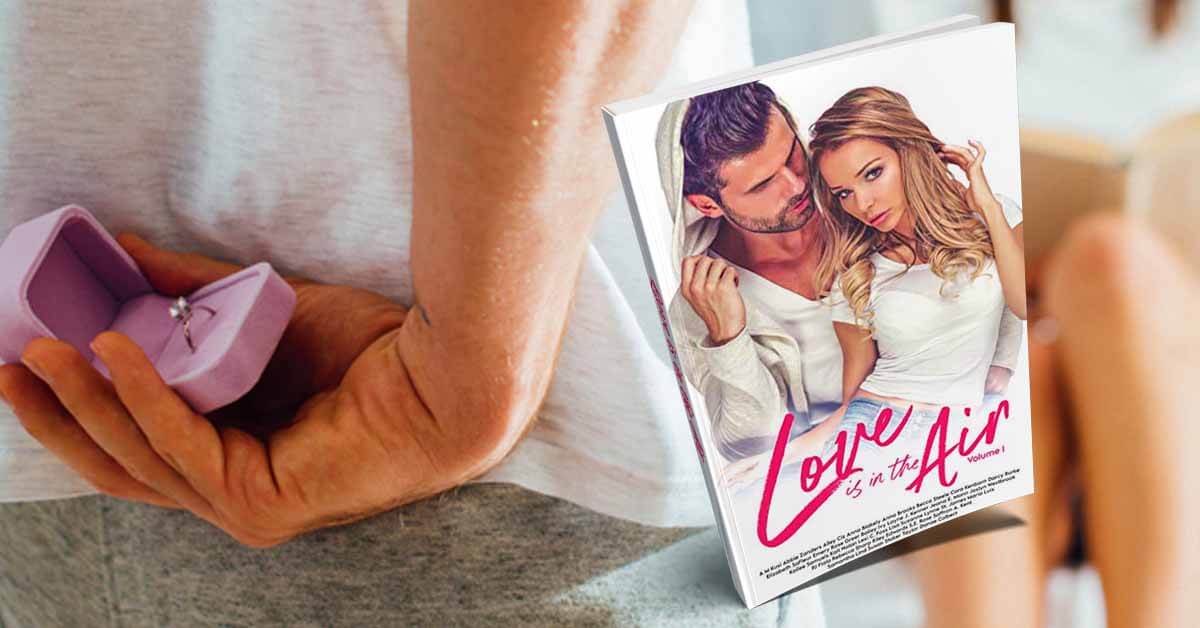 Here's a SPECIAL SNEAK PEEK at my contribution to the Love is in the Air charity anthology: The Proposal Plan

Heff shivered and cranked up the heat another notch. The latest storm had dumped another half-dozen inches of heavy white stuff over everything, adding to the substantial amount that was already there.

Yet there he was, hauling his frozen ass down the slick mountain roads toward Sumneyville. He’d been in the northeast long enough to become familiar with winter weather, and most of the time, there was nowhere else he’d rather be. The former mountain resort he and his SEAL buddies were turning into a place for returning veterans—aptly named Sanctuary—was scenic in all four seasons.

But for a boy from Louisiana who’d grown up with bald cypress and Spanish moss and warmth, it took longer for his body to adapt to frosted evergreens and cold.

The frigid temps slowed his reaction time, too. He hit an icy patch and cursed, palming the wheel to get the vehicle moving forward face-first again instead of continuing in the sideways slant it wanted to go.

Should he be out on the roads before the plows and salt trucks had a chance to do their thing? No, probably not. But he had only a narrow window in which to carry out his mission. Time was of the essence.

A smile curled his blue-tinted lips at the thought. He’d left Sandy in their cozy cabin, a warm and extremely satisfied woman. She really was his soul mate, which was exactly why he was running this covert op. They’d been living together for a while now, and he could no longer imagine a morning where he didn’t wake up with her in his arms.

It was time to make it official.

Besides, the other guys were making him look bad. Smoke and Sam had already tied the knot, as had Mad Dog and Kate. By the looks of things, Cage and Bree wouldn’t be far behind.

And him? He hadn’t even proposed. Technically. Yet.

For the record, Sandy didn’t seem to mind. Things were great between them, and never once had she hinted that she wanted more. And why should she? Heff made sure she knew exactly how he felt about her daily.

And he 𝘩𝘢𝘥 been planning on asking. He was just waiting for the right moment because he wanted it to be perfect.

It was Doc who’d unknowingly convinced him he’d be better off doing it sooner rather than later with an offhand comment about one of their team.

“If Cage is smart, he’ll take a page out of Smoke’s and Mad Dog’s books and put a ring on Bree's finger before the wanderlust takes hold again.”

“A ring’s not going to make a difference,” Heff had told him. Doc hadn’t found his woman yet, so he couldn’t be expected to understand that finding the right one changed everything. “You either want to be with someone or you don’t, simple as that.”

“You’d think so,” Doc had replied. “But women don’t think the same way men do. They like added assurance. They want that promise of commitment.”

Not Sandy. Sandy knew he was committed. How could she not? His entire world revolved around her.

No more was said on the subject, but later that night, Doc’s words were still noodling around in the back of his mind. Might Sandy look at the wedding rings on Sam and Kate’s fingers and wonder why he hadn’t given her one? Especially since he and Sandy had been living together longer than Mad Dog and Kate had even known each other.

Heff thought about Sandy’s reaction after the small garden wedding last fall. Sandy had been so genuinely happy for the other woman there’d been tears in her eyes. Sam, however, had shot him a look that was both challenging and questioning.

Even if Sandy knew what was up, it wouldn’t hurt to make sure everyone else knew it, too.

Thus, his early morning foray into Sumneyville. His plan was to pick out the perfect engagement ring, then surprise her with it on Valentine’s Day along with wine, roses, lingerie, and maybe a few of those toys he’d been eyeing online.

What could possibly go wrong?

The Proposal Plan Copyright © 2021 by Abbie Zanders All Rights Reserved

𝙇𝙤𝙫𝙚 𝙄𝙨 𝙄𝙣 𝙩𝙝𝙚 𝘼𝙞𝙧 features all NEW short stories from 30 different authors, including a lot of your favorites! It releases February 16th, 2021 and will be available for a limited time only. Even better, all proceeds benefit the American Heart Association. It's available for preorder now on all your favorite retailers: