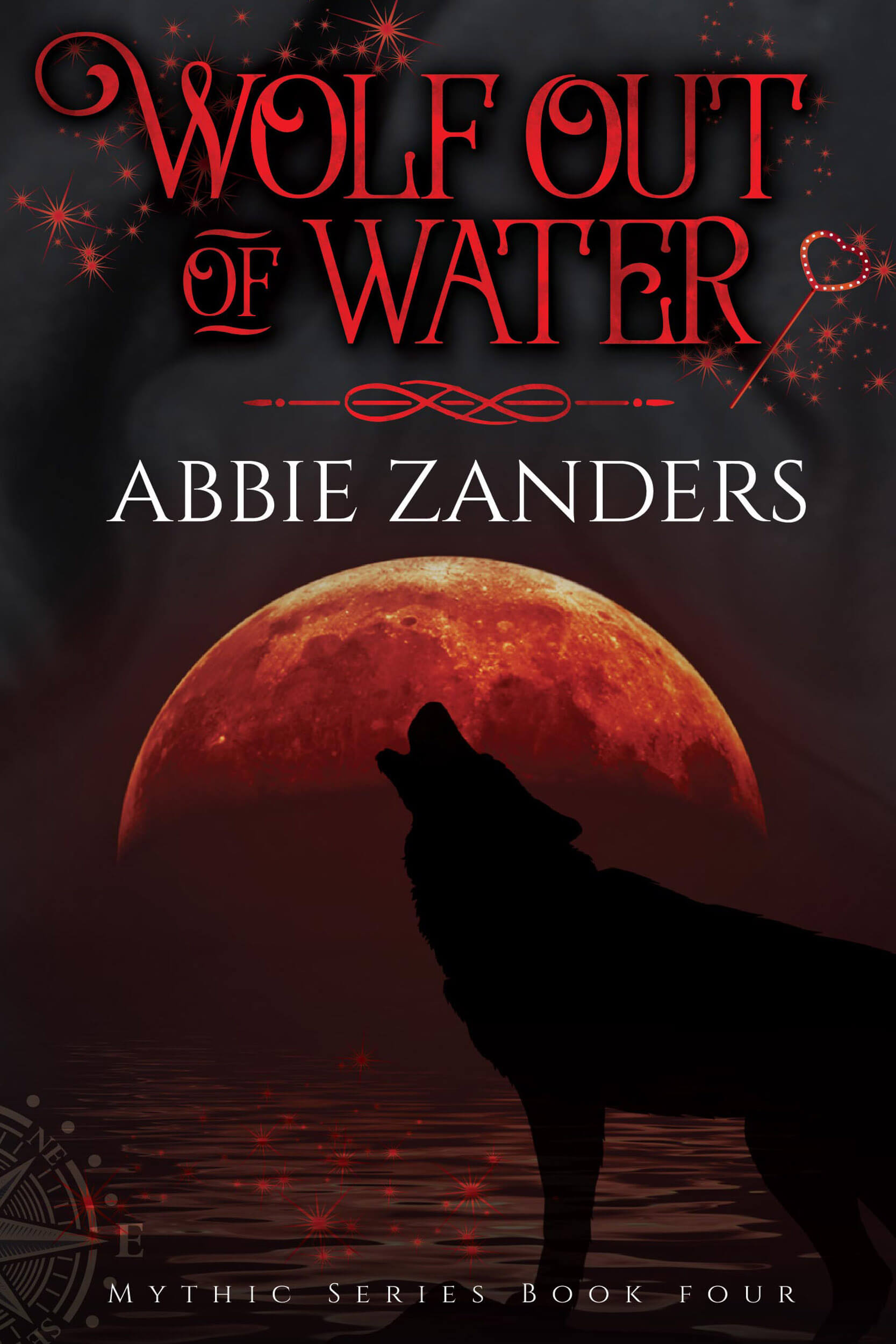 Wolf Out of Water

Matt’s pack is getting antsy. They want him to pick a mate and soon. The trouble is, the Werewolf Alpha just hasn’t found the right one. He wants a mate who will challenge him at every step, a female strong of will and body. The fact that such a woman hasn’t conveniently laid herself at his doorstep along with all of the other she-wolves vying for his attention is making him very cranky.

His sister Dani insists a few days of rest and relaxation at the beach is exactly what he needs. Matt reluctantly agrees, if for no other reason than to get his sister and the rest of his pack off his back.

He never expected to find his mate. And he really didn’t expect her to be human, not when she’s so perfect in every other way.

Jessie Sablewolf is being forced into a mating she doesn’t want. In what’s to be her final rebellion, she escapes to the beach for a week of sun and fun. Fun that includes parasailing, jet skiing, body-surfing, and the no-strings hook-up of her dreams.

Thanks to an amulet bespelled by her magically powerful best friend, the insanely sexy Alpha wolf has no idea she’s a shifter. That’s good, because as her true mate, he could ruin everything.

“So fun! I loved the story and I love how all the Mystic characters interact and are involved in each book. The wolf pack is full of fun and mischief and a complete delight to spend a few hours with!” – Amazon Reviewer Shannon M.

“A beautiful continuation about sacrifice, family and journeying to find the one. A story that you will not want to miss out one with dominant alphas, fantastic heroines and just a little magic that will have you finishing the story in one sitting!!” – Amazon Reviewer Melissa

The cold splash of water along her ankles startled her awake. The tide was coming in and had reached her little haven. She squealed and shot to her feet. eReader clutched to her chest protectively, she scrambled around, trying to collect her belongings while the people around her — those who had obviously seen the tide coming in and had already moved — watched with obvious amusement. Odious people, all of them.

The deep voice was unexpected. The bronzed god who spoke them, even more so. Suddenly frozen and struck dumb, she simply nodded. He grinned, and she felt it all the way down where smiles were meant to be felt.

Muscles rippled as he smoothly plucked the umbrella from the sand and picked up her chair while she gathered her bag and towels.

“I can set these up farther back,” he said, and she felt like floating on his voice. Deep and rich and smooth, it made her want to rub herself all over him. “Where would you like me to put them?”

In me, her girlie parts screamed. He couldn’t have heard them of course, but the blush rose in her cheeks anyway. “Uh, I think I’m done for the day.”

Was that a flash of disappointment in his face? No, that would be ridiculous. “All right. I’ll carry them up for you then.”

“I think they come and get that stuff at the end of the day.”

He shrugged. It was beautiful, the way his neck and shoulders and chest and arms all flowed with that simple movement. “No problem. Two less they have to collect, right?”

It took a moment for her to realize that he’d already begun moving again. She trailed along behind, wishing there was some way to look graceful while walking in loose, dry sand. It was a skill she had yet to acquire, like walking in stilettos. Of course, he made it look easy.

Apparently she wasn’t the only one who found him attractive. The young girl who manned the hotel’s beach rental area practically had cartoon stars popping out of her eyes and a big tongue rolling out at his approach.

He propped the umbrella and chair against the big storage boxes, then turned around and grinned at her. Once again, she was stricken.

“Uh, thanks,” she said lamely.

The grin widened. Was he mocking her for being so pathetic? God, please don’t let him be mocking her.

He winked, and then he was gone.

She stood there for a good long minute, watching him walk away. The view from the behind was every bit as lovely as the view from the front. She wasn’t the only one, either. Female heads turned in interest like a rippling wave, following his progress.

Even the sixteen-year old sighed. Yeah. Jessie knew exactly how she felt.

At that moment, Jessie was really glad she had her amulet. If she had the ability to transform into her wolf, she would probably have gone down on all fours right there and then and lifted her ass to him in a blatant invitation to mount.

Jessie froze at that thought. Because the only male capable of making her feel that way was an Alpha.

Heart beating like a heavy bass in her chest, she went back to her room in a panic. No, she had to be mistaken. He was just an incredibly muscular, good looking human guy, that’s all. It did happen sometimes.

But in her heart, she knew that wasn’t true. Six-foot-four, a body of ripped, muscular perfection. Golden hair that was long enough to just touch the collar of his shirt, had he been wearing one. Glowing amber (amber!) eyes. Smooth bronzed skin, utterly lickable. Large, strong hands. Jeesh! Jessie shivered, though her body felt like it was about to go up in flames.

While it was possible for a human to have those physical characteristics, it wasn’t likely. It was her reaction to him that clinched it, though. The nearly overwhelming, instinctive need to submit. While she might have found a few human males attractive over the years, she’d never wanted to submit to any of them. She was always the aggressor. The only thing that could override that was a true Alpha.

Jessie dumped her things by the door, then headed right for the shower. Once under the cold spray, she removed her bikini and scrubbed it with the complimentary body wash. The bottom part, at least, had been noticeably damp with seconds of his timely arrival. If he really was an Alpha, he’d be able to pick up her scent again easily.

Satisfied that her suit was as clean as she could get it, she wrung it out and draped it over the shower bar, then proceeded to wash away the salt and sand from skin. It didn’t help that every time she closed her eyes, the male’s image popped into her head. She forced herself to remain under the chilling spray until her finger tips were wrinkly and she was shivering. It was worth it, though. At least it dampened some of the rampant lust.

Jessie wrapped one towel around her hair and used another to dry her body. The amulet winked at her in the huge mirror over the sink. Once again she thanked God that she’d been wearing that! If she hadn’t, he would have recognized her for what she really was. As it was, she was nothing more than an attractive human female to him.

The thought should not have been as disheartening as it was.

“Get a grip, Jessie,” she growled at her reflection. “It has to be this way.” No one, not even a gorgeous Alpha male straight out of her fantasies, could know the truth. The only way this could work is if she was human.

But that in itself held possibilities, she realized. Alpha males still hooked up with human females, didn’t they? It’s not like anything could happen past this week anyway. Why not enjoy it while she could?

Right then and there, Jessie made her decision. If she saw the gorgeous male again, and if he showed the slightest hint of interest, she was going for it.

With that in mind, she slipped on her one and only sundress and headed out to the bar restaurant.