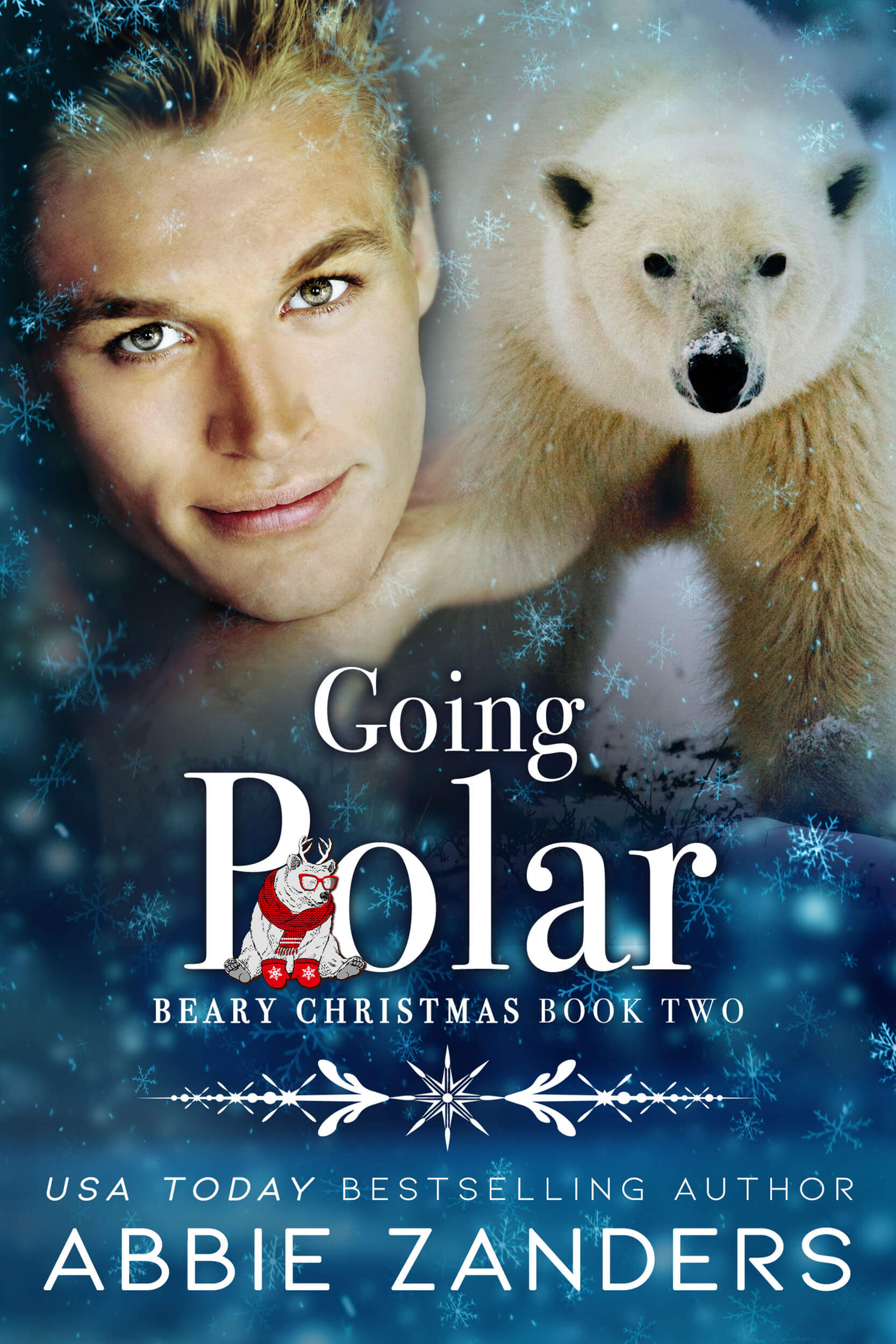 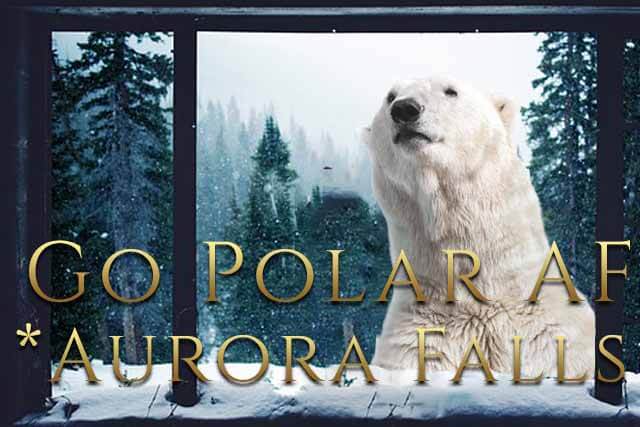 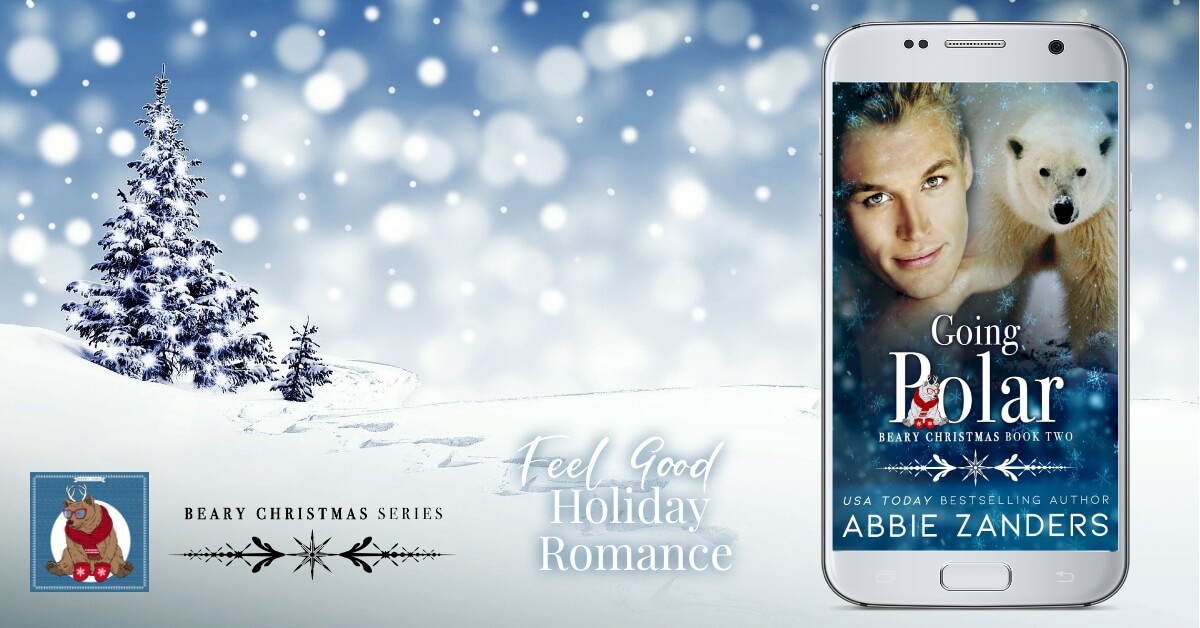 Polar bear shifter Finn Isberson is a pretty chill guy. Like most unmated males, he’s kind of a loner. Fishing, coaching the local youth ice hockey team, and weekly dinners with his family are enough for him. Catering to the human tourists who come to Aurora Falls for a unique polar bear experience isn’t really his thing… until her.

She’s everything he’s ever wanted in a mate, but the odds are stacked against him. Not only is she human, but she’s also got a job and life beyond Aurora Falls and he’s only got a week to convince her that he’s the man/bear for her.

Given the choice of spending the holidays alone or with her twin brother and his spoiled mean-girl girlfriend, veterinarian Lainey Swann decides to go polar AF—Aurora Falls, that is. The tiny northern Canada town is the self-proclaimed polar bear capital of the world, plus Lainey’s always had a soft spot for the big, furry beasts.

She didn’t expect the VIP holiday package to include the personal attention of the sexy Viking with arctic green eyes. And she certainly didn’t expect to fall so hard, so fast.

When a Christmas miracle becomes a matter of life and death, Lainey is plunged headfirst into a fantastical world and learns the truth – not only about Finn, but about the secret behind the town’s success.

Will Finn be able to convince Lainey they belong together? Or will she flee and expose them all?

Going Polar is a sweet, heartwarming, light paranormal romance featuring polar bear shifters, perfect for getting in the holiday mood.

Finn lifted his boot from Beau’s foot and ignored his narrow-eyed stare. So what if he didn’t officially do tours? No one knew Aurora Falls better than he did, and most certainly, no one knew more about polar bears—assuming, of course, that was one of the reasons she’d chosen to come to Aurora Falls as opposed to literally anywhere else.

The woman—Lainey—was even more beautiful up close than she’d been lounging in the hot tub the night before. And her scent? Without the chlorinated water and fragrance oils of the hot tub, it was twice as potent, wrapping around him like a warm blanket. Finn had to hold back the sudden and powerful urge to pull her into his arms, nuzzle her, and coat himself with it.

Beau had called her Doc, though, which could be a problem. “You’re a doctor?”

“A veterinarian,” she clarified, adding cream and sugar to her coffee.

A vet. Finn exchanged a quick glance with Beau. The surprise in Beau’s eyes suggested he hadn’t known.  “Do you specialize in anything particular?”

“Not really. I work for an animal hospital that partners with the regional wildlife rescue organization, so I see it all, goldfish to big game.”

Big game. He definitely fit into that category. “Polar bears?”

“No, we don’t have a lot of those in Vermont,” she replied. Her smile was enchanting. “But black bears, definitely.”

Beau exchanged a look with Finn. “Aurora Falls is a popular destination among biologists and scientists. There’s a research center farther north. Are you interested in checking it out?”

She shook her head. “I read about that, but I don’t think so.”

Finn was encouraged by her answer. If she was the dissect-first-and-ask-questions-later type, it didn’t matter how attractive she was or how much his bear wanted to nuzzle her, he needed to keep his distance and make sure everyone else did, too.

He lifted his chin toward the tri-fold tourist pamphlet beside her plate. “Is there anything in you are interested in?”

Deep within, his bear stirred. “Like polar bears, do you?”

Her lips quirked. “Is there a better reason to come to Aurora Falls?”

He felt his grin widen. “Not really.”

“All of them,” he answered honestly. And he wanted to accompany her and each and every one. “The walking tour is good for familiarizing yourself with the town and includes local history, if you’re into that sort of thing. The buggy tour goes a bit farther out and hits some of the local bear hotspots. The chopper tour gives you a unique bird’s eye view and allows you to see places you couldn’t get to any other way.”

Finn shrugged. “I prefer to keep my feet on the ground, but I could be persuaded, with the right incentive.”

He looked right into Lainey’s eyes, delighted by the rosy blush that painted her cheeks. He couldn’t remember the last time he’d flirted with a woman, or more importantly, when he’d wanted to, but there was something about her that called to him and his bear. He’d just have to tread carefully until he got it all sorted out.

“So what do you say, Doc? Are you feeling courageous today?”