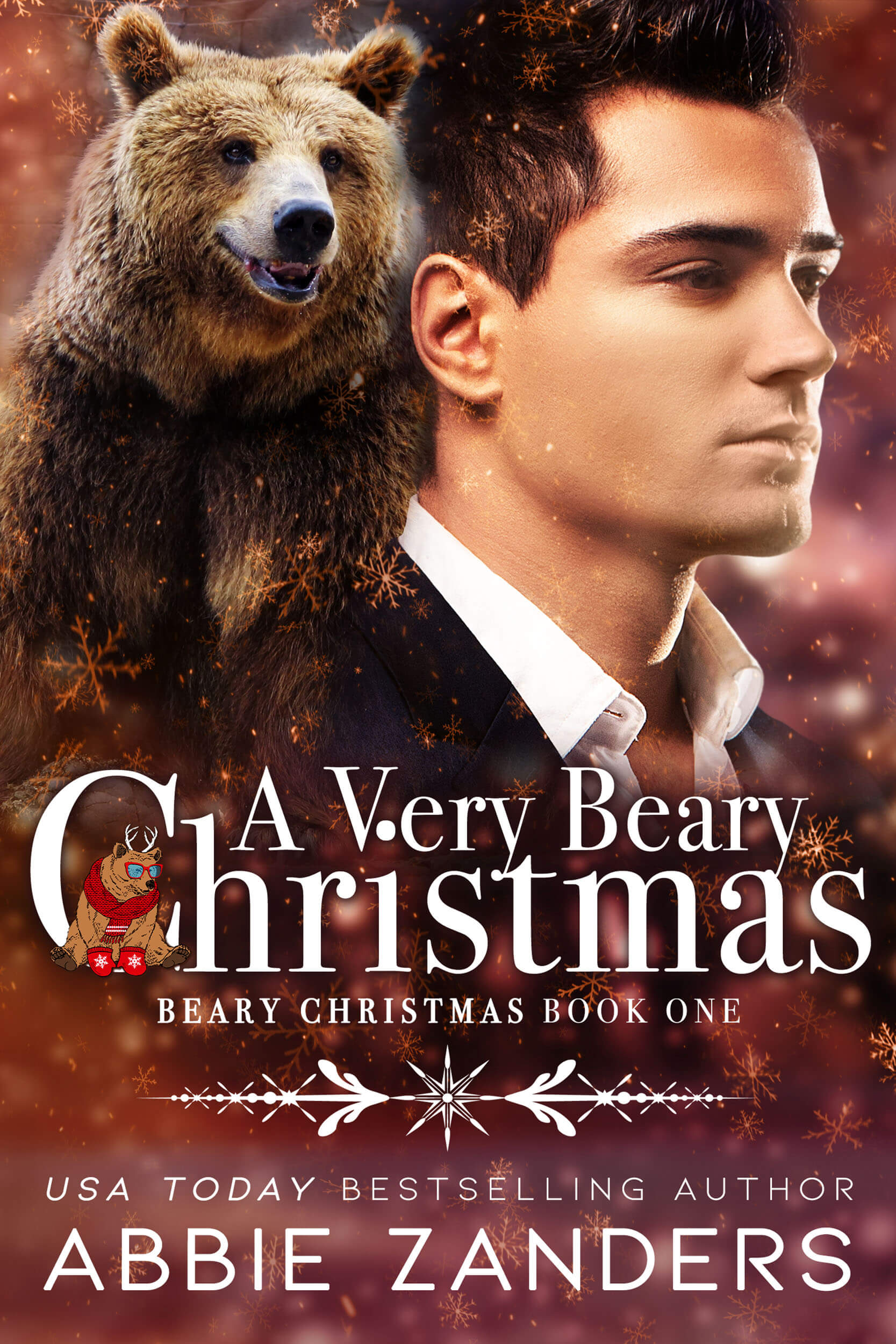 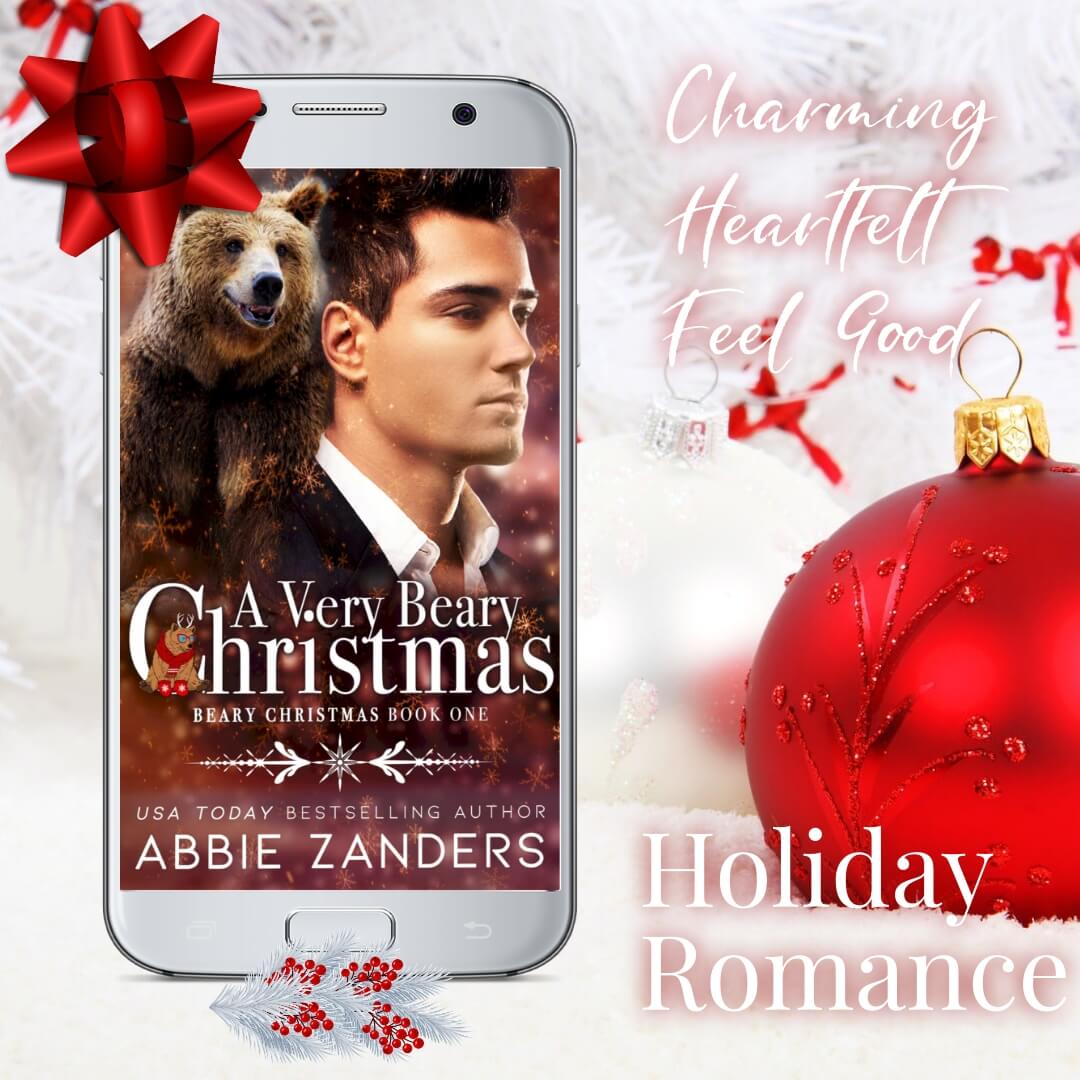 For most people, Christmas is a time to celebrate with family and friends, but not for Chloe Lewis. She plans to spend it as she does every other day— alone, escaping the harsh realities of the world through her art. Painting mountainous landscapes reminds her of the one brief time in her life when she didn’t feel so alone. The hallmark grizzly bear she incorporates into each and every painting has the same golden-brown eyes as the only friend she’d ever known.

Sam Brown was only eight years old when Chloe moved to the small mountain town he and his family called home, but his bear knew right away that she was the one for him. In a cruel twist of fate, Chloe was taken away, but he’s never forgotten her – or what she is to him.

When Sam’s cousin comes home for the holidays and shows him a painting he’d seen of a very familiar looking bear and signed simply “Chloe”, it might just be the break he’s been hoping for. A winter storm is coming but nothing is going to stop Sam from finding her and bringing her home.

After all, Christmas is the time for miracles…

“Abbie Zanders is one of the few writers who writes paranormal stories with such a feel of normalcy, you are sure there [are] shifters and vampires living next door.” – Amazon Reviewer Kathleen

“I want to get to know every bear in that family.” – Amazon Reviewer Serenity

I rounded the corner of the house, my arms loaded with firewood, to find my cousin Kayden loping up the walk.

“Is it Christmas break already?” I teased. Even if I hadn’t kept regular tabs on Kayden and the half dozen or so others attending the university a few hours south, I would have known they were coming based on the amount of cooking my mother had been doing all week. Everyone came to the lodge for Christmas.

“Yeah,” he grinned. “Did you get a tree for the common room yet?”

His eyes glittered. “Awesome. Thanks.”

“Go on, throw your gear inside and say hi to Ma. I’ll pull out the sleigh.”

He lumbered toward the lodge and I went out to the massive barn to ready the sleigh. It was the same one my father used, and his father before him. Now the task fell to me while my father and grandfather sat by the hearth bouncing cubs on their knees and telling ridiculous stories. We were big on tradition that way.

Someday, the task would fall to my son, and I would be the one resting his paws by the fire. Maybe. I had yet to find a mate.

That’s not true, my bear growled inside me. We met our mate a long time ago.

I sighed, thinking of Chloe as I tested the reins. That had been what, twenty years ago? Though we’d looked for years, we’d never found her. I knew she was still out there, somewhere. I felt it in my heart. But where she was, I didn’t know.

She probably still hated me. Hated us. We promised her she would be safe, and we’d failed her.

My father did what he thought was the right thing, calling the town sheriff to let him know that Chloe had been found, and that she was alive and safe with us. He hadn’t expected the sheriff to show up with Chloe’s father, especially since everyone – including the sheriff – suspected something was wrong with that whole situation.

The sheriff said his hands were tied. Legally, her father was her guardian, and without proof, there was little he could do. Chloe had refused to admit anything. I remember her sitting there in the kitchen, her piece of shit father glaring at her as the sheriff asked why she had run away. Where her bruises had come from. If she had enough to eat. She had answered all of his questions quietly with well-rehearsed answers, while staring at the floor.

She had been lying. I knew it. My parents knew it. The sheriff knew it. Yet there was nothing he could do, not without evidence, and with reluctance, had said Chloe had to go with her father.

I didn’t understand it at the time. How could a man sworn to serve and protect just hand her over like that? My father tried explaining it to me, talking about things like politics and fragile shifter-human relations. What it came down to, I think, was that the sheriff had been afraid of upsetting the delicate balance we had with the humans. Most of us, shifters and full-humans alike, coexisted peacefully, but there were always a few on both sides who would have preferred segregation. One small human female who refused to open her mouth in her own defense wasn’t worth a war or the exposure it would bring, the sheriff had said.

My father didn’t believe that any more than I did, and that day, well, it changed him. I think it changed all of us. The sheriff retired shortly afterward and moved away, and the shifter community grew even closer.

The thing I will always remember most about that day was those few moments when Chloe looked at me. She wouldn’t look at anyone else, but she had looked at me. I’d been yelling at them to stop, and she turned back, just that once. “It’s okay, Sam,” she’d said.

And then the sheriff put her in the back of his car and they were gone. It was the last time I ever saw her.

Because she was ours.