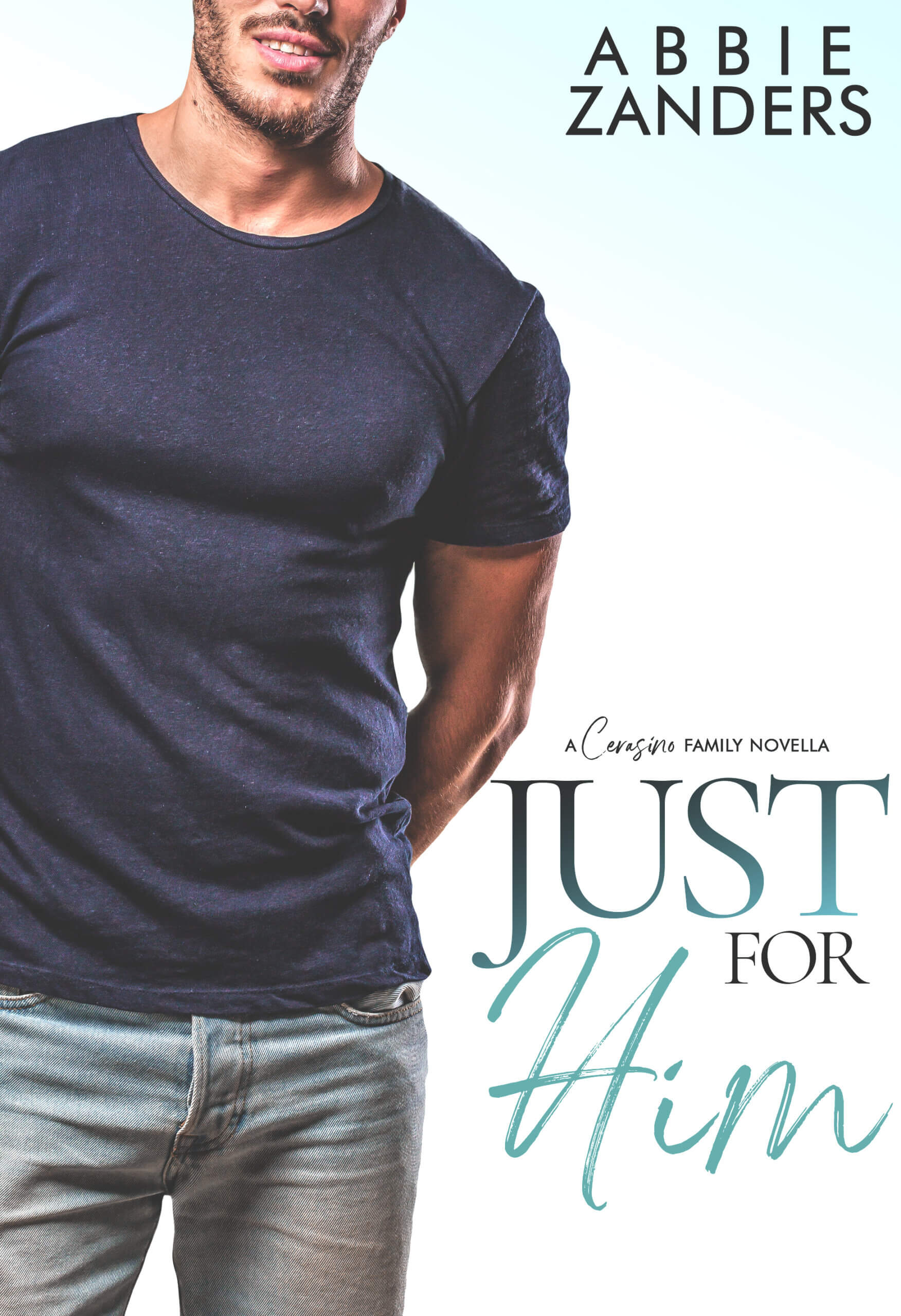 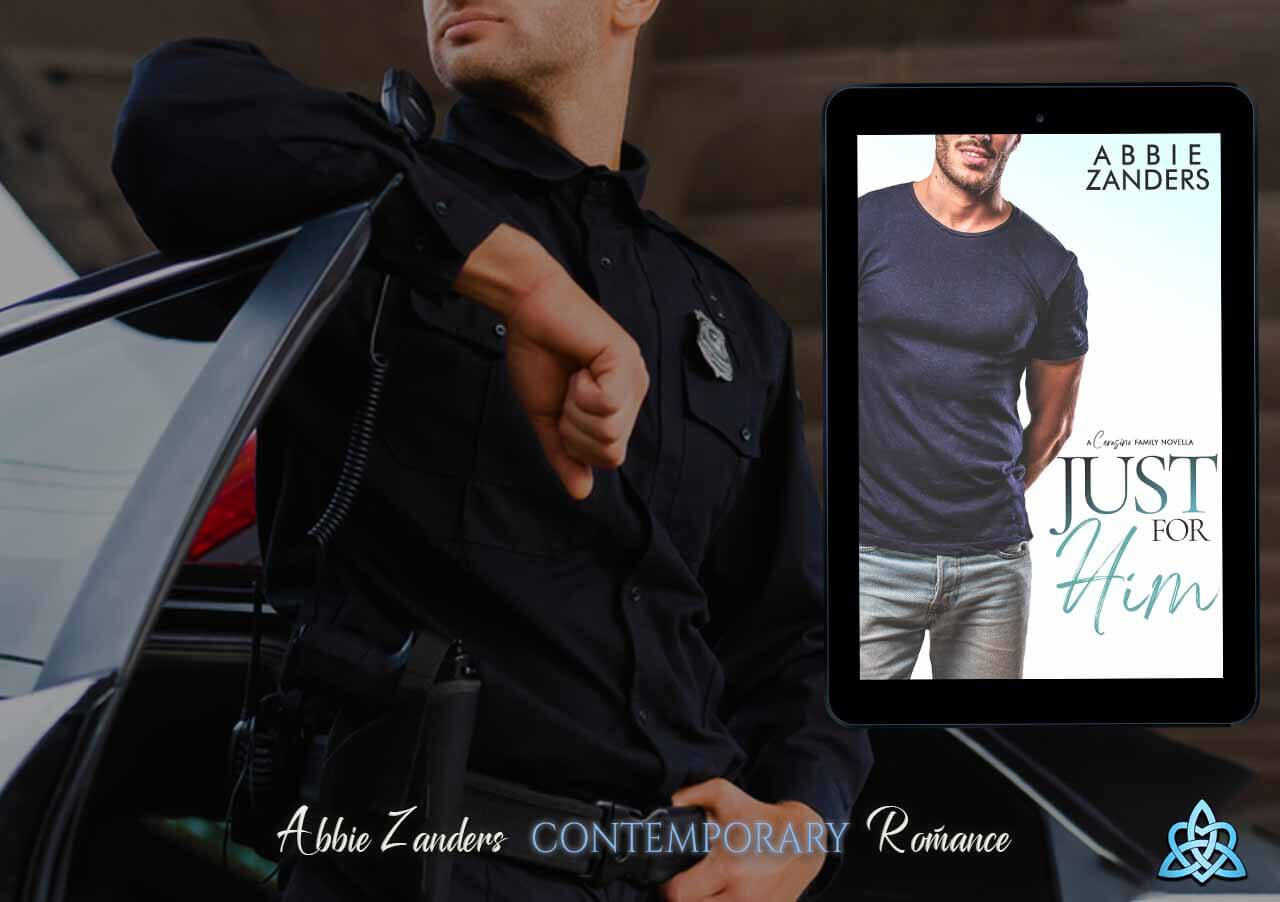 Vincent Cerasino gives his all to the Cecilton PD, so much so there’s not much time or energy left for him to pursue any kind of meaningful relationship. Besides, he has yet to meet a woman he thinks would be willing to put up with the long hours, the inherent risks of the job, and the occasional lack of attention – just to be with him.

Haven McAlister might just be the exception. She’s the pretty waitress who always has a great cup of coffee and a ready smile waiting for him every night. The more he learns about her, the more he likes. If he could have a woman to come home to every night, he’d want it to be her.

Haven knows the best things in life don’t come easy or free, and that a little sacrifice can go a long way. When she learned half-brother was in a bad situation, she didn’t think twice about putting her continuing education on hold and take him in, even if it meant taking on a second job. That’s what family does, even when it’s just two of them.

Officer Vinnie’s nightly visit is always the highlight of her day. He’s handsome, funny, brave, and is one of the few people who truly appreciates her love of old-time gangster films. She wonders if he notices the little things she does, just for him.

When things get tough for Haven and her brother, Vinnie is right there, doing what he does best— saving the day and unknowingly claiming another little piece of her heart in the process.

And maybe, just maybe, things aren’t as one-sided as they seem…

“What better than reading a short book that leaves you feeling good?” – Amazon Reviewer SLF

“Ms. Zanders has a good feel for when and how to end chapters that keeps you wanting to turn the page.” – Amazon Reviewer EngrKat

“Love this new family! Abbie Zanders knows how to pack a full length story into a novella keeping you fully satisfied and wishing for more at the same time.” – Amazon Review Sharon

“I really hate you sometimes.”

“You love me,” Wanda sniffed. “You need a friend like me. I’m the bright spot in your day. Your life would be total shit without me. You—”

“Okay, okay,” I laughed, stopping a list that could go on for a quite a while. Once Wanda got on a roll, she kept going. “I get it.”

All kidding aside, Wanda might be a crackpot, but she was right. She was a bright spot in my otherwise dreary life. Irreverent, carefree, and funny, she was my polar opposite.

“You don’t get it,” she explained, propping one hip against the counter and crossing her arms, “which is why you need a good friend like me to have your back.”

In this case, that meant Wanda had gone behind my back and signed me up for an online dating app. She meant well (I think), but her good intentions often had disastrous consequences.

“Well, that explains why dick pics have been popping up on my phone all night.”

“Oooh! Let me see!” She grabbed for my phone. Her expression changed as she scrolled through each of the half-dozen pictures I’d received since ‘my’ profile went live. She scrunched up her nose at the first one and tilted her head at the second. Made a gagging noise at number three. When her eyes grew huge, I knew she’d seen number five. There was no way that one was natural.

“Holy shit. Are those implants or does that guy belong in the record books?”

I shook my head and grabbed the two carafes to take into the back kitchen for a nightly scrub. Most days, I looked forward to the night shift at the twenty-four hour diner. I liked working with Wanda, it was like being cast as an extra in a zany sitcom. But when she pulled me into her shenanigans? Not so much.

“Take it down yourself.”

Wanda knew very well I couldn’t. She was the only one who knew the password. I tried everything I could think of, including her two favorite words (cuntmuffin and twatwaffle), and ended up locking the account. The only way to disable it was to contact customer service directly and provide the password, which, obviously, I didn’t know.

“I really hate you sometimes.” Yes, I’d said it before, but it bore repeating.

She smirked. I glanced at the clock and realized I was running behind. One of our regulars came in every night around midnight and I liked to have a fresh pot of coffee waiting for him. He was a local beat cop who was well known in our neighborhood for being a good guy, and I figured providing a decent cup of joe was the least I could do. I scurried into the back, scrubbed out the carafes, then began brewing the good stuff.

I might have had a bit of crush on him, too. He was everything I found desirable in a man: kind, sweet, funny, interesting, brave… the list of things I liked about Officer Vinnie could go on for quite a while.

The little bells over the door jingled just as the first pot was done. There he was, right on schedule. I smiled to myself, grabbed a clean mug, and poured the piping hot coffee. Because I was familiar with his personal java preferences, I grabbed two creamers as well.

My smile quickly faded, however, when I turned around and saw that Wanda had left my phone on the counter. It disappeared completely when I saw him glance at the screen and do a double-take.

Heat rose in my cheeks as I snatched the phone back and stuffed it into the pocket of my waitress uniform. Vinnie raised a brow in question. His dark, probing stare had me stammering out an explanation like a kid caught smoking behind the school.

“It’s not what you think,” I explained quickly. “Wanda signed me up for some dating app and now those things are blowing up my phone.” I cast a withering glance her way, but she was too busy flirting with the big tippers in booth six to notice. “She refuses to unsubscribe me.”

Officer Vinnie’s only reaction was to arch that perfect brow a little higher.

“There has to be some kind of law against that, doesn’t there?” I continued babbling. “Please tell me it’s a federal offense and you can haul her off to the pokey.”

“The pokey?” His lips quirked. My heart stuttered for a moment. They were some fine male lips. They conspired with other fine features: an aquiline nose, dark eyes, and sinfully long lashes to create a beautifully sculpted masculine face. The rest of him was pretty nice, too. I’d always had a thing for a man in uniform, but Officer Vinnie raised the bar to new heights.

The heat in my cheeks intensified as my awkwardness continued to bubble up to the surface. “You know, the big house. The joint. The cooler.” His grin grew, and at that point, I realized I’d gladly continue to make a fool of myself if it got him to smile like that. I leaned forward and dropped my voice into a conspiratorial whisper. “House of corrections.”